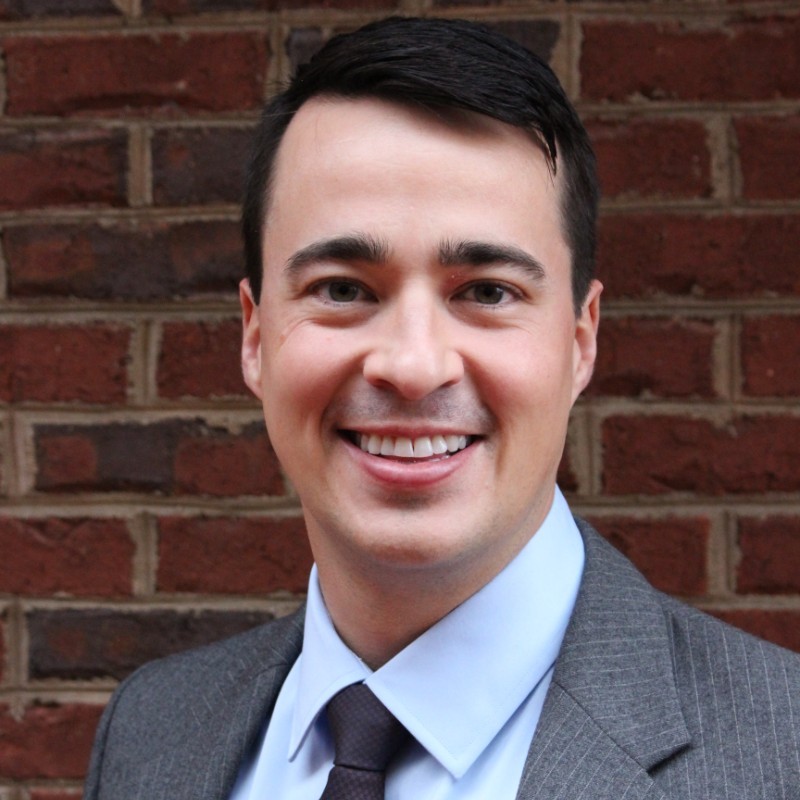 Born and raised in Gahanna, Trenton Weaver is the fourth of five children, and product of Gahanna-Jefferson Public Schools, and an attorney, contesting to become a council member of the Gahanna City Council.

I am thrilled that my wife, Aileen, and I decided to lay down roots in Gahanna for our own family. The fourth of five children, I am the proud product of Gahanna-Jefferson Public Schools. As an attorney, I have built my career as a constituent advocate working for local, state, and federal governments forging connections among constituents, government agencies, non-profits, and the private sector. Aileen is a public-school teacher. Since making Gahanna our home, we have immersed ourselves into the community, and I currently serve as a board member of the Gahanna Area Arts Council.  Outside of Gahanna, I serve as president of the Otterbein Theatre and Dance Alumni Board and as a board member of the American Constitution Society – Columbus Lawyer Chapter. In addition, I have also spoken on various career panels and look forward to doing more in the future. When not working or volunteering, I enjoy spending time with my family, including eight nieces and nephews.

I am running to be your member of Gahanna City Council because I want to give back to this community that has given my family so much. Gahanna was a fantastic place for me to grow up and go to school, and I’m running to ensure the same opportunities are available for the next generation. I believe Gahanna is at a crossroads and has a real opportunity to prepare for the future. We need responsible, fiscally prudent, and accountable leadership to safeguard our finances, improve our infrastructure, and invest in our families’ future. As the city grows, we need to be intentional and strategic in our planning so that we can grow sustainably and responsibly. As more people move to central Ohio, the demand for housing will only continue to increase. Our city, along with the region, must be prepared to balance the need for additional housing, ensuring that our seniors and those on fixed incomes can remain in their homes, and preserve the character that makes Gahanna a great community to live, work, play, and raise a family.

Even as a student at GLHS, I volunteered on several local campaigns. I continued to volunteer throughout my undergrad and the years following. In law school, I sought internships and clerkships with elected officials and enjoyed serving the public. Since becoming a lawyer, I have built my legal career by focusing on public policy and advocating for constituents. Whether it be the municipal, state, or federal level, I take pride in my advocacy for constituents.

In Gahanna, outside of work, I have served as a board member of the Gahanna Area Arts Council for several years, working to bring the community together through the arts.

Election Day is quickly approaching! It’s been a long but very rewarding road. The best part has been knocking on doors and connecting with friends and neighbors. There have been countless instances when I’ve spoken with the parents of a childhood friend or someone, like me, who returned to their hometown to raise their own family. It’s those conversations that keep me moving forward!

Municipal races in Gahanna are non-partisan, so voters will not see an R or D next to candidates’ names on the ballot. That said, I am a Democrat, and my opponent is a Republican. However, I believe that when it comes to getting your streets paved and your trash picked up, people are looking for the best candidate. I believe I have the better vision to move Gahanna forward. I am running because I want to safeguard our finances, improve our infrastructure, and invest in our families’ future.

Absolutely. I would not be running for council if I did not believe that I have the ability to affect positive change. Gahanna is at a crossroads, along with other communities in the region. The area’s population is expected to boom, and Gahanna will be a part of that growth. I believe I bring a background of constituent advocacy to council, working on behalf of the residents of Ward 4 and the community as a whole. The first step is communication with residents. When my wife and I first moved back to Gahanna, I reached out to the current incumbent on council with a public safety concern, but I never received a response. That’s unacceptable. When I’ve been out canvassing, I’ve heard it time and time again, residents want to know what’s going on in the city. I promise to be proactive in my communication with residents.

Gahanna is a community of approximately 36,000 diverse people from all walks of life. I believe that Gahanna is uniquely positioned for success. Geographically, Gahanna is next to the airport and offers easy and fast access to the region’s highway system, but it’s so much more. We are a community of young families who moved here for the fantastic schools. We are young professionals looking for an affordable suburban community with easy access to jobs, and we’re aging parents who’ve spent their adult lives in Gahanna who want to remain in their homes for as long as possible. I am running to represent each and every individual in this community.

Gathering signatures for my petitions was just the first step in running for council. It was a great way to start conversations with friends and neighbors and also introduce myself to voters. As with every step of this campaign, getting my petitions signed was incredibly rewarding. As for endorsements, I am thrilled to have the support of the Ohio Environmental Council Action Fund, Central Ohio Labor Council AFL-CIO, Franklin County Democratic Party, Franklin County Young Democrats, U.S. Sen. Sherrod Brown, U.S. Rep. Joyce Beatty, State Rep. Mary Lightbody, and Franklin County Auditor Michael Stinziano.

This year in Gahanna there are four ward seats on council up for election. In my ward, ward 4, I have one opponent. However, there are contested races in Wards 2 and 3, as well. In addition, there are eight candidates seeking election to three seats on the Gahanna-Jefferson School Board. Local elections matter and have the most direct impact on your wallet. It’s absolutely critical that people pay attention and get out and vote.

Given my experience as an attorney and advocate at the local, state, and federal levels, I will bring deep roots and a new voice to our city council. As an attorney formerly with the Ohio Legislative Inspector General, I advised Members and staff of the Ohio General Assembly on matters of ethics and compliance. As such, I bring transparency and balance to Gahanna City Council. Having worked in legislative offices, I will bring a critical, thoughtful, and compassionate eye to proposed city legislation and policy. I have spent my career fostering relationships between various entities, and I will work with our non-profits, businesses, community partners, and surrounding communities to prepare for Gahanna’s future. It will be my honor to serve our friends, neighbors, and the community.