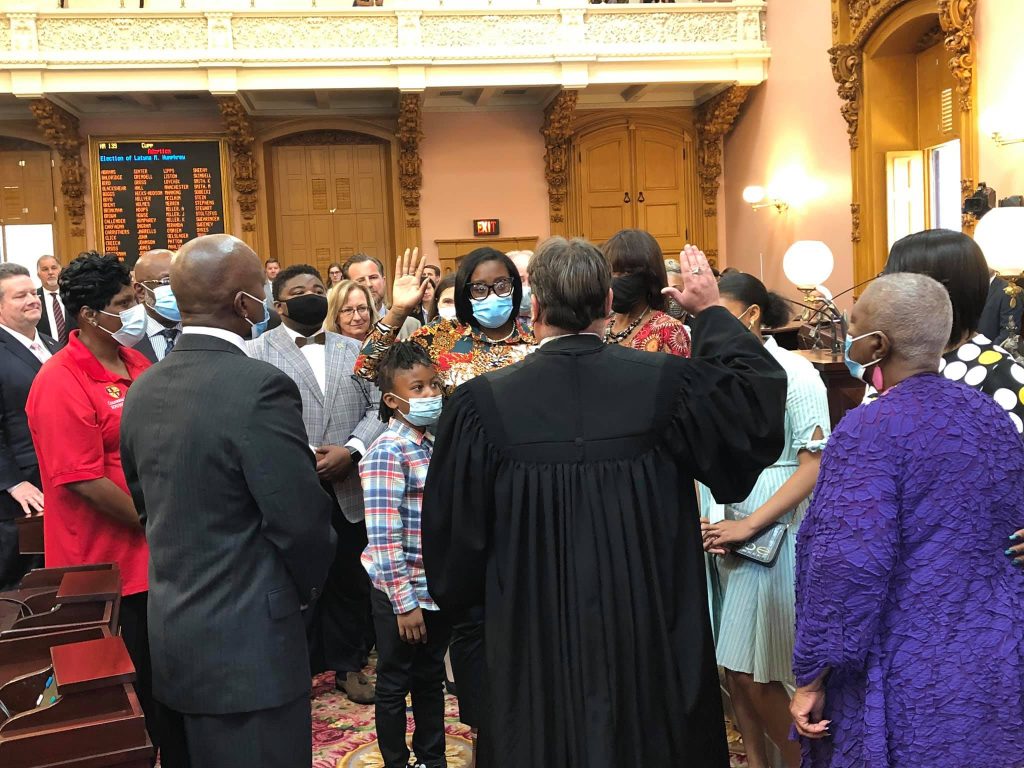 By Okon Ekpenyong and Jassie Dingess

The vacant seat of the Ohio State House 26th District was filled on Wednesday, October 13, 2021, with the swearing in of Latyna M. Humphrey, D-Columbus, who was officially appointed to fill the seat that was vacated by Rep. Erica Crawley, who stepped down to begin her role as Franklin County Commissioner.

“I am grateful for the opportunity to lift the voices of the marginalized in communities like mine across the state, for people who need access, not only to good-paying jobs but also to quality healthcare, affordable housing, and a justice system that works for them—not simply against them,” said Rep. Latyna Humphrey.

“I look forward to working with my colleagues on both sides of the aisle to build a better Ohio by restoring the promise of better lives and brighter future for all of us, not just for some of us.”

Before her appointment, Humphrey spent her career as an author, activist, and community relations professional.