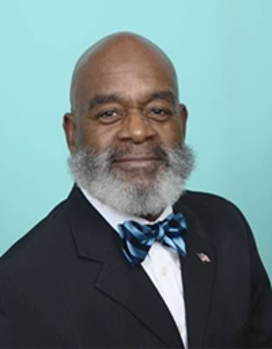 Cornelius McGrady parents migrated to Newark, New Jersey during the 1940s. His family reflected the Newark diversity, successes and struggles of the more than 6 million African Americans that moved north from the rural Southern United States during the Great Migration between 1916 and 1970.

Cornelius McGrady and his five siblings were all raised in Newark, New Jersey, a melting pot for Americans because of its diverse concentrated groups and immigrants that made Newark their home. Cornelius McGrady who is running for the Ohio Pickerington City Council became an advocate in the State of Ohio’s Anti-Human Trafficking Initiative in 2008 focusing on school and community awareness events for Ohio’s youth on the perils of sex trafficking in Ohio. He spoke on his mission to become an elected Pickerington city council member and hopefully, could be the first African American to be so elected:

I am a 34-year retired veteran from the United States Army having served three tours of duty in Iraq during Operation Desert Shield/Desert Storm, Operation Iraqi Freedom and Operation Enduring Freedom.  I am the recipient of the Bronze Star, two Meritorious Service Ribbons and other prestigious awards while serving and defending the United States of America.

After retiring from the State of Ohio with thirty (30) years of service in 2008, I became an advocate in the State of Ohio’s Anti-Human Trafficking Initiative, focusing on school and community awareness events for Ohio’s youth on the perils of sex trafficking in Ohio.

Expanding upon my advocacy foundation established while in the military, I was elected and honorably serviced on Reynoldsburg City Council from January 1, 2012, through December 31, 2015.  While on city council and with bipartisan support I sponsored five (5) separate Domestic Violence Awareness Resolutions that were each unanimously passed by city council; Teen Safe Dating, Bullying, Sexual Harassment/Sexual Assault Prevention, Missing Children and Human Trafficking.

Why are you running for the Pickerington City Council race/election and on what party platform?

I chose to run for the Pickerington City Council seat “To Move Pickerington Forward”.   I am a long-standing member of the Democratic Party.

3. Are there things that you saw at the moment that you feel you can do to make a difference?

a)  Neighborhood investment; Creation of funding for a sustainable street and safe sidewalk program.   As a child advocate, I am appalled by the appearance or the lack of concern towards the safety concern of our youth and our neighbors by completely addressing/providing safe passage to and from our schools, with this continued inequality within the city.

b)  Police Safety and Community Relations; I have already begun phase one of this program by having the first ever National Night Out in the city of Pickerington on August 3, 2021, in the Retreat at Sycamore Creek sub-division

c)  Collaborate with adjourning municipalities; for business partnerships to grow our base for commercial, professional, and light-manufacturing businesses to create more jobs.

d)  Development of an Economic and Empowerment Plan; to support small businesses and attract more woman and minorities businesses

Tell us about Pickerington City Council, the people, the opportunities and what your election will mean to the city.

City Council is comprised of a body of seven.  The current body consist of two (2) females and Five (5) males, two (2) Democrats and five (5) Republicans.

Being elected to the Pickerington City Council, not only would I become the first African American ever elected to city government in this city, but it would also mark the transformation of a new beginning in politics in the city of Pickerington. Bringing forth a new dimension and a voice of inclusion to the city representing everyone.

How was it gathering the signatures together and have you been able to receive any endorsement so far?

It was painless and very enjoyable interacting with the constituents during this process.  I had a very energizing experience speaking and making new friends.

How is the field of contestants like currently and what should we look forward to?

There is currently a field of seven (7) candidates.  Of the seven (7) three (3) are incumbents. I look forward to a clean and exciting election.

Is there any other thing you may want to let us know outside what has been asked?