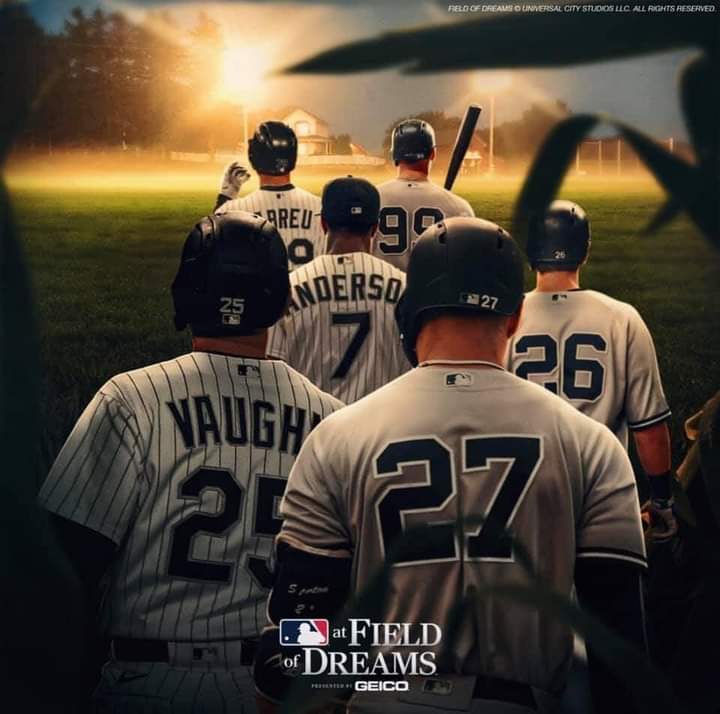 The movie Field of Dreams touched a lot of people for a lot of different reasons. Yes, it is a movie about baseball. Or is it? Is there a more profound message? Field Of Dreams is one of those movies that I cannot count how many times I have watched it. Every time I see it on television, I know that I have to stop flipping channels and watch it. What is it about the movie that has that effect on me and so many others?

What is the field of dreams?

Is it a longing for a past when life was more straightforward? Is it a past that may only exist in people’s minds? That exists because people remember the good more than the bad. People want life to be that happy place where they can live a life without the worries of modern-day society.

It is the dream part of it, and to not do the “safe” thing. To do something so wholly unreasonable just because something in you is telling you to do it. To take a chance on that and have it become a success. Isn’t that the dream? Isn’t it about helping others achieve what they have always dreamt of and finding ways to allow them to see those come through too?

Could it be the dream of being able to right a wrong from the past? To do something for someone you love who is no longer with you.

To watch the Yankees and the White Sox take to the field, I have often thought it would be great to see a real baseball game on that field. Well, now that can happen, in a way. That game between the Yankees and White Sox will be held on Thursday, August 12, 2021, at 6 p.m. ET and will be televised nationally on FOX. at 7 p.m. ET. There will also be a pre-game show.

The almost part of it is that the game will not be held on that field. MLB has built a temporary stadium that holds 8,000 people. The stadium is just 500 feet away from the original area that still exists to this day. The reason for the new stadium is that there just was not enough room to play on the older field, and the older area was not big enough to play on. It is, after all, only a movie set.

The original field has been a massive help to the area’s economy, with 115,000 visitors a year coming to Iowa for “reasons they cannot fathom” to visit the field. Two different families owned the field over the years. An investment group called “Go the Distance Baseball LLC” are the current owners who purchased the land containing the ballpark and the original farmhouse for $3.4 million. MLB.com has an entire page of videos and stories about the game.

The continuing impact of the movie

It is unbelievable that a movie made in 1989 can still have an impact on the world. Not only from an entertainment stance but also a cultural stance, not many films have done. I am sure there are more, but I can’t think of any at the moment.

Even though the movie is 32 years old and is dated, it is timeless in its message. Maybe it is the message that dreams can come true. That taking a risk can make those dreams come true. I don’t know. It has to be different for different people, just like most things. I know that I will be watching Fox at 7 p.m. on August 12 to see how they handle it all. The promo for the game looks impressive. I can’t wait to see the modern-day players walk onto the diamond from the cornfield. You know it is going to happen.