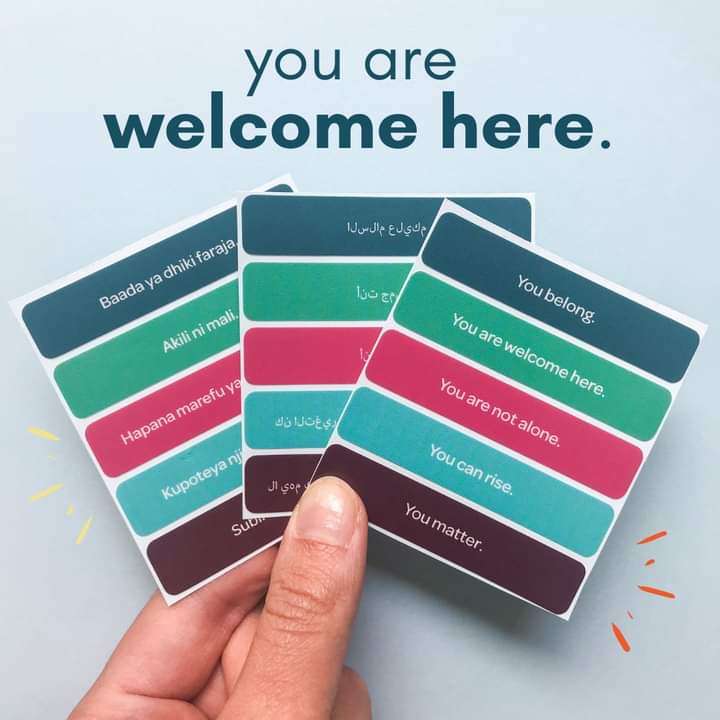 The Community Refugee and Immigration Services (CRIS), Columbus has partnered Tangibles to create seven affirmation stickers in different languages to tell refugee youths and their families that they belong.

The messages in the affirmative stickers will also give the New Americans a chance to know that they are unique, intelligent, and not alone.

Columbus is home to a growing number of refugees and immigrants worldwide, and there are multiple organizations, case managers, social workers, and more, including CRIS, helping New Americans resettle in Columbus.

The created seven stickers are in different languages most represented by the families CRIS serves.

Tangibles is a Columbus-based company that creates unique twist on stickers with self-love and repetitive positive messages for improved mental health.

Tangible company founder, Diana Yates said they are on a mission to work with the community to make New Americans in Columbus feel more at home.

While inviting the public to sponsor an affirmation sticker kit – for the price of coffee – for a New American family (just in time for school), Diana Yates said they strive to be a part of a community that believes in diversity, inclusive, welcoming, and a beautiful place for all.