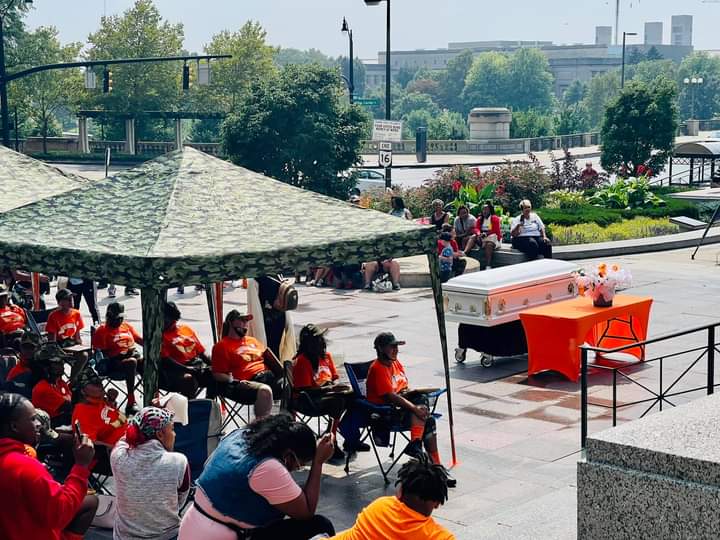 Violence through small arms has been one of the most dreaded causes of death in several communities in the United States. Even without mentioning statistics, it is commonly observed that people of color have been victims to this ill, more than others.

Apparently, the group that seems to have suffered the trauma that comes along with gun murder more, is mothers of the victims. At every such unfortunate incident, they are seen on television lamenting their ordeal and struggling to deal with the brutal circumstances.

In some weird cases, these women have had to deal with the fact that the perpetrators are acquitted right in their presence, and they would have to live like losers forever.

In a bid to lighten the weight on mothers who have lost their sons and daughters to gun violence, Central Ohio community leaders converged on the Statehouse lawn at downtown Columbus, Sunday, August 1, 2021, to share in the former’s burden.

The three-hours rally brought together concerned Ohioans, including the women affected by this ill and the main message whipped across was that gun violence should stop.

At the peace-motivated rally, sympathizers called for a ceasefire within 24 hours and hoped that senseless gun killings would be a thing of the past.

In recent years, there has been a disturbing rise in gun killings in the United States. The most conspicuous cases have erupted from the antagonism between the police and young Black men. Some of the incidents have sparked huge riots that have inspired conversations on the need to review gun laws in the country.