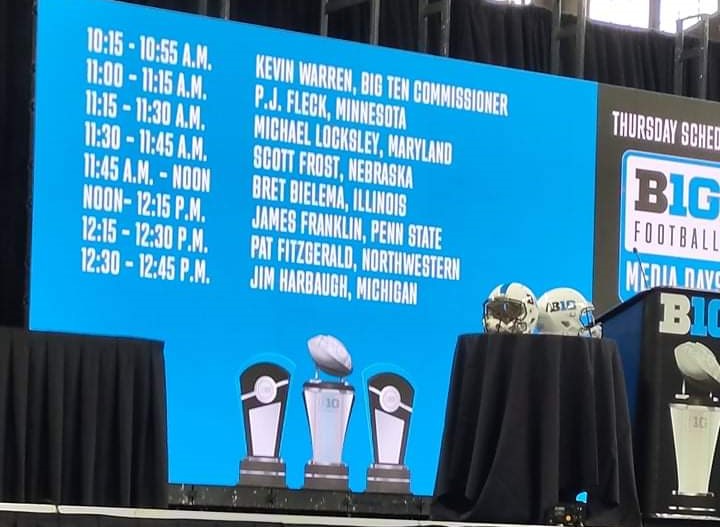 During my two-day coverage at the Big Ten Media Day in Indianapolis Indiana, I had the pleasure of interviewing four coaches all representing their respective schools and football programs in the Big Ten conference.

Minnesota Golden Gopher head coach P.J. Fleck answered rumors regarding him leaving Minnesota for a job coaching in the Tennessee Volunteers. Fleck stated that it was just a rumor that had no truth to it and is all dialed in on Golden Gopher football without any other distractions.

Rutgers Scarlet Knights head coach Greg Schiano answered the important question of in-state recruiting and keeping the New Jersey/New York metro area kids home at Rutgers. Coach Schiano would like nothing more than to recruit and keep these student athletes, home at Rutgers.

Ohio State Buckeye head coach Ryan Day answered the question of him keeping his kids humble and hungry and management of egos after achieving such great success over the past decade. Coach Day stated that he recruits humble, hardworking young men who expect training camp to be tough and they prefer it that way.

Michigan State Spartan head coach Mel Tucker answered a question regarding the Name, Image and Likeness (N.I.L) and money management for these young men. Coach Tucker stated that he indeed has a money management team that teaches these student athletes about financial management, wealth, and stability.