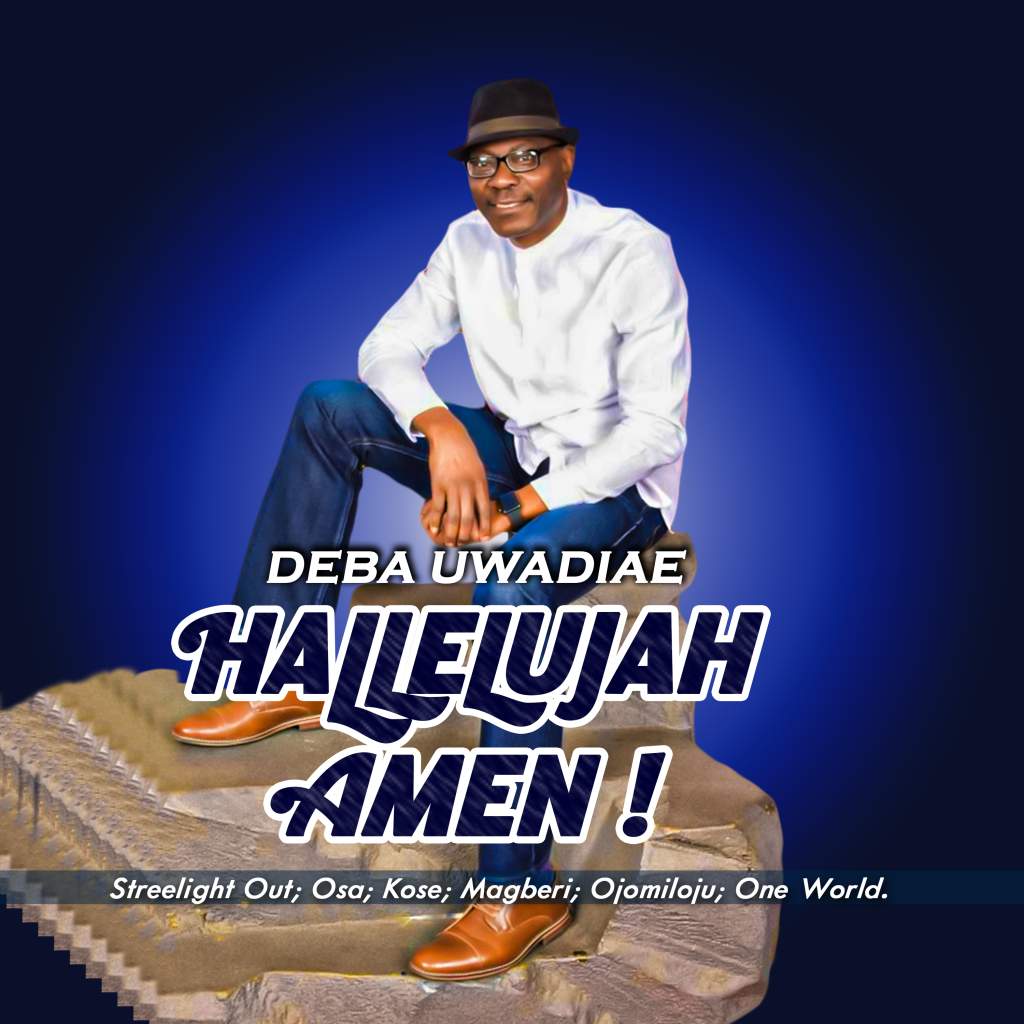 Columbus, Ohio-based Journalist and author Deba Uwadiae has announced the release of a seven-track album, “Hallelujah Amen” with an accompanying video Thursday, May 27, 2021, coming three months after the release of his two singles, Ojomiloju and Mogberi.

“There is no other way to express gratitude to God at this period than singing ‘Hallelujah Amen’ for bringing the pandemic under control,” said Deba Uwadiae.

Other tracks in the album include One World One Nation, Streetlight Out, Kose, Osa with Ojomiloju and Mogberi completing.

The album are divided into secular and nonsecular music. Three of the songs are religious – Hallelujah Amen, Osa and Ojomoloju. The beats are in Afro music, Samba and Reggae.

Apart from English language, the songs were rendered in two other Nigerian languages – Yoruba and Edo.

The album, which was released in all digital platforms including Pandora, Spotify, iTunes, Amazon Music, Tik Tok, Media Net and YouTube Music has an accompanying video for Hallelujah Amen.

“The remaining six tracks will be supported by video as well,” said Deba Uwadiae.

While previewing the album, the producer of Legal Angle and Columbus-based legal practitioner Emmanuel Olawale described Deba Uwadiae as “a man of multiple talents. It’s like your talent is unending.”

The album is produced by Theo Odiifuo of OD4 Music.

Deba Uwadiae is the publisher of New Americans magazine and author of “Coming to America: Early Life in America and Citizenship” and also oversees activities at the New American Community Information Center in Columbus, Ohio.