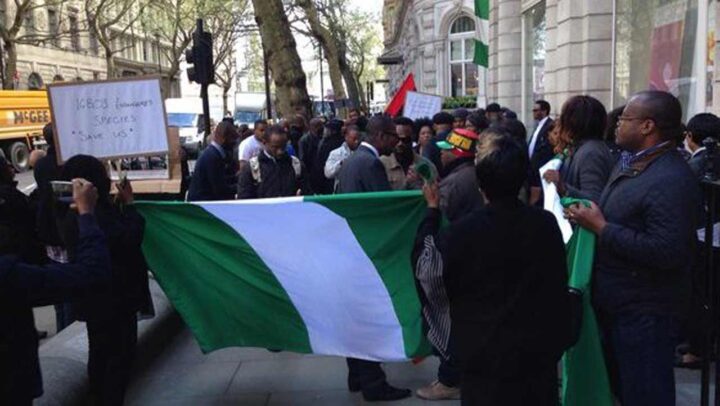 It was an interesting listening at a recent symposium organized by the Nigerian in Diaspora Commission (NIDCOM). Entitled Mobilizing Nigerians in the Diaspora for National Development, the symposium was supposedly another conversation around exploring the potentials of the absent citizens. It was valuable and consistent with the image of NIDCOM as one that is rich in ideas, but often unfortunately weak in execution. This weakness is no fault of theirs, nevertheless, for some reasons.

First is poor funding, and second, because of a subtly loud indifference for its mandate. Third is some suspected threat of a conflict of responsibility between it and the overarching foreign ministry, leading to real but unacknowledged tension. Fourth is the poor structural and facility support it presently has, plus a disinterest in helping them out, or even a concern for denying them of the little they have, especially with the recent treatment they got from the penitent fanatic, and Minister of Communication, Dr Isa Pantami. Fifth is the hitherto inability to appreciate the full import of diasporic influence, aside from the short-term benefit of remittance.

That said, NIDCOM actually also looks like an organization that might be moribund, after its present charge, Hon. Abike Dabiri-Erewa. Reason being that the evolution of the organization has substantially benefitted from the predominant brand of the chairperson, as a former television woman, a legislator, with a focus on diaspora matters, before becoming a presidential adviser on diaspora, besides her conscious or unconscious glamour. Her progress in the public sphere has arguably been synonymous with diaspora issues, making her a factor in the description of Nigeria diaspora.

Add her passion, media initiative, and a level of influence she covets, plus her stimulus, and it would be tougher to deny the effect of her brand. Then remember how institutions come and go, how they are rather revolving around individuals, and personalities instead of growing life of their own, plus the present marginal attention the organization is receiving, then you are likely to feel for the important organization in the post-Dabiri-Erewa years. The exception is if she probably becomes a foreign minister, vice-president, or a president; or just if she sustains an effect, strong enough to continue supporting them after her time.

“What are these comforts? Constant power supply, security of lives and prosperity, good roads, good jobs, etc. This is about those doing well, and not those still negotiating integration, statutes, or economics.“

And then this: I am imagining the poor attention to the organization has resulted or is resulting into a suspected inability to lead a comprehensive or a more credible mapping of the supposed Nigerian Diaspora membership, in such a manner that skill sets will be identified, aside separating the wheat from the chaff. In doing this mapping, it would have been possible to differentiate between Nigerian migrants’ workers and education sojourners from the real diasporic community-a membership supposedly made up of citizens, largely settled and prosperous in the distant countries, but still respectful of Nigeria as an inherited origin.

A proper map would also enable the identification of those merely remembering the country as an imaginary ancestral home, never to be returned to, never to be appreciated, but which the government still takes for granted as members of the Nigerian Diaspora. How about knowing the celebrated professionals, predominating the media for their feasts, and doing a sectorial analysis of where they can fit in, if not through physical return but through remote knowledge transfer, partnerships, corporations, integrations and much else?

Let’s see again: we also often assume that many members of the diasporic community are ready to return. Maybe and maybe not. We can check: for a lot of them, the comfort of the distant location they are in, have to be replicated if they have to return. What are these comforts? Constant power supply, security of lives and prosperity, good roads, good jobs, etc. This is about those doing well, and not those still negotiating integration, statutes, or economics.

How about the assumption that Nigeria is still a home for many of them? There should be doubts about this. This is because home, in modern times, has become increasingly subjective, with instantaneous technologies, and motivations for travelling and dwelling, and with the heightened sense of co-presence, regardless of distance. For many, they have constructed another home over time, through marriages, through encouraging and supporting and inviting family members, and home is no longer as missed. It is here where we are at; and not where we are from (due regards to Gilroy). The myth of home has been shattered. They have demythologized it, as Robins and Akor describe it; and unhelped by the retrogression, or lack of development in the ‘home’ left behind. A proper map of the Nigerian Diaspora would help discern all these.

There is also a reason Indians created structures for diasporic return and integration. It is essentially about harnessing their possibilities and potentials. The Chinese have been smart about theirs, largely encouraging return, if to contribute to the late century rise of the Asian Empire, even though nearly 200 Chinese students can still be counted in western universities, annually. This lot does not pretend about being a diaspora (like ours are easily classed), but only education migrants, returning soon after qualifications. The full effect of this on the Chinese are still being consolidated. Even continuing.

Added to the above is the experience behind the easy integration of Australians in Earl’s Court, London; and the Germans in Argentina; aside from the Hong- Kongers in Canada; the Indians in America; the Lebanese, Palestinians, Indians and Chinese in Nigeria and in West Africa; the Chinese in South–East Asia; the Greeks, the Mexicans, the Irish, and the Turks in America; the Pakistanis in Britain, and the Jews in Europe and the Americas. Where can we say Nigerians are, besides an initial assumption that the Igbos once preferred the United States, while the Yorubas fancy the United Kingdom, and that the Hausa/Fulani desire countries in the Middle East?

What are the migrants or diasporic citizens doing in all these places, assuming they are genuinely settled? What statistics do we have regarding the present-day rush to Canada, the craving for the United Arab Emirates (UAE), the detours to China, including the traditional interest in popular traditional destinations like the UK, the US, and other countries of the West? How about the circular migrants, those literally living excellently between the borders, moving hither and thither, perhaps for business, sports, entertainment, or for investment reasons? High-flying journalists Dele Momodu, Dele Olojede, Dapo Olorunyomi, Dupe Ashama, businessman, Gbenga Olawepo-Hashim, and our sports exports are examples here.

How do you evaluate the travel patterns of minds like Wole Soyinka, Biodun Jeyifo, Toyin Falola, Ngozi Okonjo Iweala, Olusegun Aganga, Chimamanda Adichie, Agbani Darego, Wale Adebanwi, Ebenezer Obadare, Kenneth Amaeshi, Farouk Kperogi, and other exemplars, with a wide range residency opportunity abroad, but are gazing back home, and impacting; or have returned to impact? Or should we not bother about the flexible migrants, without firm base anywhere, ready to move like the desert wind; or doing a weak back and forth, a tepid coterminous gaze like Janus, the Greek Patheon-as dictated by survival options?

It might as well be said that foreign or diasporic relations are a continuation of local condition. So, because we do not know how many we are at home, we cannot be bothered about those outside!? But how about reasoning that it is easier to do an external estimation than the internal one, or project that it might be more reasonable to do the count from outside, considering their comparatively small size, far beyond the suppositions often noted by the many diasporic organizations, and the Nigerian embassies?

“It seemed heartening for a lot of them to see state officials like ministers, the NIDCOM chairperson, and others talking to them and answering their questions-a thing that home residents often now hate to see, because of the expanding trust deficit between the leaders and the lead.”

Listening to many of the diasporic participants at the NIDCOM event, ably anchored by Channels TV Juliana Olayinka, your mindset is likely to become ambivalent, just as those of most of the speakers appeared. How? First, most of them sang different lamentation songs (like the home residents are regularly doing), on present-day imperfections, like lack of power, insecurity, bad roads, poor health facilities, and poor schools, pointing at how those are impediments, even if they want to return.

Second, a lot expectedly exhibited the characteristics of diasporic double vision, for desiring opportunities back home, despite the hypothetical comfort in the distance. “We want to do business in Nigeria, but we need the right atmosphere”. ‘We think the government should leave some room for Nigerian born experts abroad, rather than calling on the Chinese, and others”’. “We need a specific framework to create an impact because we have the potentials”. Though not exactly in their words, the above quotes are a conceivable summary of their genuine prayers.

Some deductions. First, their concerns do not differ from local concerns, save a suspected inability to appreciate the enormity of the problem. Second, a certain assumption of their prime place, in asking for special consideration for contracts, irrespective of laws like the Public Procurement Act (2007), especially on competitive bidding, and which the Chinese, and others, are frequently subjected to, irrespective of circumventions. Third, an unsurprisingly distantiated sense of reality, leading to the simplification of possibilities back home, where openings are largely based on further factors, other than merit. Fourth, a pride of travel, ringing through submissions but signposting another disconnection with the everyday reality of the complex Nigerian condition.

Sixth, a correct appreciation of the initiative of NIDCOM, and its head, but a wrong load of expectation on the many things they think the Commission can do. Seventh, a reflection of the doctrinaire perception of travel as an epistemic venture, irrespective of the development status of a destination, making a fellow from a struggling African country, deliver a brief, but a flawed lecture on development to listeners, based on his experiences from that strife-torn country of residence!

Eighth, a neo-colonial, imperialistic psycho love for the Caucasian accent, making many strangely and ridiculously squeeze, twist, and turn their tongues, to fit a fancy. Ninth, a craving for belonging even if psychologically, through continuous ownership of the Nigerian passport, but often made difficult by the externalization of domestic tardiness, and the tenth is the longing to be factored in the evolution of a country, through the excitement of participation, as exhibited by many.

It seemed heartening for a lot of them to see state officials like ministers, the NIDCOM chairperson, and others talking to them and answering their questions-a thing that home residents often now hate to see, because of the expanding trust deficit between the leaders and the lead. Seeing the state officials, at close quarters, talking to them, was for the travelled people, like the rare angels’ visit, which should be cherished. Overall, I imagine an empowered NIDCOM reconciling, or resolving these issues, else it should simply be collapsed into a desk in the Ministry of Foreign Affairs, so we know we are not ready, perhaps in the light of arguments around too many commissions, or agencies. I would have thought though that what is worth doing is worth doing well?