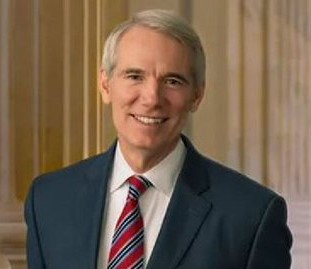 U.S. Senator Rob Portman (Republican) for Ohio State has announced that he will not seek another six-year term in the United States Senate when his current term expires in 2022.

Senator Rob Portman, one of the two representing Ohio State has described the insurrectionists’ attack on the Capitol Hill, Washington DC on January 6, 2021 as “an attack on democracy itself. Anyone who took part in illegal activities should be held accountable and prosecuted to the full extent of the law.”

“We will not be intimidated; we will not be disrupted from our work; here in the citadel of democracy, we will continue to do the work of the people and uphold the Constitution. What happened at the US Capitol is shameful. But mob rule is not going to prevail.”

In response, Ohio Governor Mike DeWine said, ““Senator Portman has worked tirelessly on behalf of Ohioans during his two terms in the United States Senate. Senator Portman has been a key partner on helping Ohio with federal COVID-19 relief and other pandemic-related issues.

“Senator Portman and I have had similar policy priorities to help Ohio families, from tackling the Opioid crisis and the scourge of human trafficking to protecting Lake Erie and Ohio’s other natural wonders. Fran and I wish Rob and Jane and their family the best in their future endeavors.”

I feel fortunate to have been entrusted by the people of Ohio to represent them in the US Senate. Today, I am announcing that I have made a decision not to run again in 2022.

This doesn’t mean I’m leaving now – I still have two more years in my term and I intend to use that time to get a lot done. I will be the top Republican on the Homeland Security and Governmental Affairs Committee, and I have a number of oversight projects and legislative initiatives I’m eager to get across the finish line. Over the next two years, I look forward to being able to focus all my energy on legislation and the challenges our country faces rather than on fundraising and campaigning.

This was not an easy decision because representing the people of Ohio has been an honor. But I’ve been doing this a long time, longer than I ever intended.

I’ve been in public service for 30 years – in the House of Representatives for 12, in the Executive Branch for about eight years in various roles in four different administrations, and in the Senate for the past 10 years.

All this time, our family has kept our home in Ohio, where we raised our kids, and I have commuted back and forth to Washington. Jane and our three children have been 100 percent supportive, but I am really looking forward to being home in Ohio full time, seeing family and friends more, and getting back to the private sector, including being able to be more involved in the community and in our family business. And I plan to stay involved in public policy issues.

During my service in the Senate, I am proud of what we’ve been able to accomplish for Ohio and the country. I have consistently been named one of the most bipartisan Senators. I am proud of that and I will continue to reach out to my colleagues on both sides of the aisle to find common ground.

Eighty-two of my bills were signed into law by President Trump, and 68 were signed into law by President Obama. This includes impactful laws to address the drug addiction crisis like the Comprehensive Addiction and Recovery Act that has saved lives by providing billions in new resources for evidence-based prevention, treatment and, for the first time ever, recovery services. It includes laws to confront the horrific crime of human trafficking. Working with trafficking victims, advocates, and law enforcement, my SESTA legislation has allowed victims to seek justice, and closed down websites that were trafficking girls and women online.

It includes laws to help workers, legislation that before the pandemic helped create one of the strongest economies in a generation, with significant wage growth for working families and the lowest poverty level ever recorded. I took a leadership role on tax reform and tax cuts, workforce training, regulatory relief and permitting reform. They all played a role in creating an opportunity economy and are key to getting us back on track. I have also been a leader on retirement security, technology policy, cybersecurity, trade, energy efficiency, prisoner reentry, National Parks, stopping China from stealing our technology, and more. I have worked constructively with my colleague, Senator Sherrod Brown, on matters that help move Ohio forward.

I don’t think any Senate office has been more successful in getting things done, but honestly, it has gotten harder and harder to break through the partisan gridlock and make progress on substantive policy, and that has contributed to my decision.

We live in an increasingly polarized country where members of both parties are being pushed further to the right and further to the left, and that means too few people who are actively looking to find common ground. This is not a new phenomenon, of course, but a problem that has gotten worse over the past few decades.

This is a tough time to be in public service. For many of the issues I am most passionate about, I will continue to make a difference outside of the Senate, beyond 2022. In the meantime, I am hopeful that President Biden will follow through on his inaugural pledge to reach across the aisle, and I am prepared to work with him and his administration if he does. I was on the bipartisan call yesterday on a new COVID-19 package. I hope the Administration will work with us on a more targeted approach that focuses on things like vaccine distribution, testing and getting kids back to school.

I want to thank the great people of Ohio for giving me the incredible opportunity to serve, and I look forward to continuing to work hard for them over the next two years. I appreciate my friends in every corner of Ohio and across the political spectrum who encourage me and help me better represent our diverse state. I thank them for what they do for our communities and for the inspiration they give me.

I want to thank my amazing staff both in Ohio and in DC. They work really hard for the people of Ohio and have enabled me to be so much more effective. I know I am biased, but I really believe they are the best team in the Senate, and others think that, too.

Of course, I will always be grateful to the voters of Ohio who have supported me in nine elections to the House and Senate. Thanks to them, I’ve never lost an election and never won by less than 18 points. I am confident that with their support I could have won again but, for me, the question was whether I wanted to serve an additional six years in the Senate.

I decided to make my announcement now because I have made up my mind, but also because it will allow whichever Republicans who choose to run plenty of time to gear up for a statewide race.

Finally, and most importantly, a special thanks to Jane and our family for the unconditional support and for the sacrifices they have made — and will continue to make for the next two years. I appreciate Jane, Jed, Sara and Sally for being here today and for the well wishes from Will and Tyler who weren’t able to travel to Cincinnati this morning. We are a team.

In these next two years, I will continue to be actively engaged, doing my best to provide hope as we try to get through the devastating coronavirus pandemic and doing my best to help bring our great country together, to help us heal, so we address the many challenges we face together.