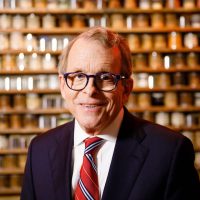 Ohio Governor Mike DeWine has described the situation at the U.S. Capitol in Washington DC as an embarrassment to the country and must stop immediately.

Also. President-elect Joe Biden condemned the attack on the Capitol, calling on President Trump to step up and call on his supporters to end the siege.

“This is an embarrassment to our country.  This must stop immediately.  The President should call for the demonstrators to leave our Capitol Building,” said Governor Mike DeWine.

“The final step in the constitutional process of electing our president has been disrupted. The stopping of the count of the Electoral College votes has occurred because the security of the U.S. Capitol has been breached by a violent mob.”

“As a nation of laws, this is simply not acceptable.  Lawlessness is not acceptable.  This is an affront to our Constitution and everything we hold dear. Those who breached the Capitol breached the Constitution.  Peaceful demonstrations outside the Capitol are an exercise of the demonstrators’ First Amendment rights.  Stopping the constitutional process by which we elect the president is not.”