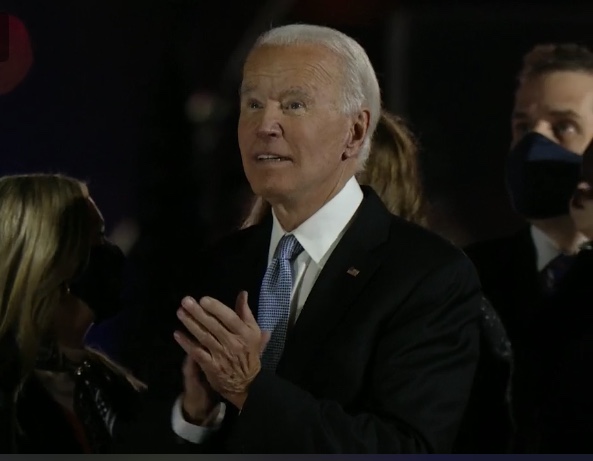 One of the first tasks undertaken by any newly elected president is to consider his or her appointments for the new administration’s Cabinet.  And that’s no different for United States President-Elect Joe Biden.

Looking back at the Democratic challenger’s campaign, it’s no secret that Biden’s campaign was fraught with questions regarding his political record on the African American community.  Throughout his campaign and the rise of the Black Lives Matter movement, many accused Biden of building his career on the betrayal of Black voters.  His record clearly shows, for example, that he was the leading liberal opponent to busing in the 1970s; and in the 1980s and 1990s was one of the leading architects of mass incarceration.

Yet, to his credit, since his triumph in the presidential election, Biden has already earned praise from progressives for tapping a selection of race experts and academics to fill economic positions on his transition team.  With an apparent focus on bridging the racial wealth gap between Black and white Americans in the country, the new hirees are reportedly working to help shape his policies on small-business lending, housing, and health.

The racial wealth gap is a key indicator in the overbearing presence and persistence of institutional racism in America. The average Black family holds only 13% of the wealth of the average white family; according to the Federal Reserve, in 2019, Black families owned a median wealth of $24,100, compared to the median wealth of $188,200 owned by white families.  And with more and more data documenting the aggravated impact on Black businesses resulting from the Covid-19 pandemic this year, it seems this disparity is set to increase.

Leading President-Elect Biden’s transitional economic team is Mehrsa Baradaran, author of the book The Color of Money, which many tout as the leading resource on race-based economic disparities in the country. Baradaran is an outspoken proponent of slavery reparations.  In her book, Baradaran argues that closing the racial wealth gap begins with “acknowledging past wrongs and providing compensation for damages both as a means of closing the wealth gap and correcting white supremacy”. She was also a consultant on this issue for several other democratic candidates in the 2020 elections, including Senators Bernie Sanders and Elizabeth Warren.

Some of the other members of Biden’s landing team that have prompted approval and excitement from progressives include Don Graves, who previously worked for the Obama administration and was the Head of Corporate Responsibility for KeyBank, and Tene Dolphin, the first Executive Director for the Greater Washington Black Chamber of Commerce.

It was the hope of many on the left that these picks signaled the Biden’s administration’s commitment to addressing systemic racism in the country by acknowledging that racism has been embedded into policy and taking the necessary measures to enforce parity.  That is, until earlier this week, when it was reported that Former Chicago Mayor Rahm Emmanuel was under consideration for a Cabinet post.

In 2016, reports showed that the two-term Mayor had played an active and willful part in the cover-up of Laquan McDonald’s murder at the hands of Chicago police in 2014. Laquan McDonald, a 17-year-old boy, was shot in the back 16 times while walking away from police. And in 2017, police body cam footage was publicly released and clearly showed that McDonald had posed no immediate threat to the police. In a city still grappling with generations of systemic racism and police brutality, the public outrage effectively ended Emmanuel’s political career in Chicago.

In light of this legacy, it is no surprise that progressives are outraged by Biden’s apparent pivot from his commitment to the African American community and has left many wondering if Biden’s administration will reflect the policies and values championed by his transitional team, or if Black voters, who are credited with his presidential win, must ready themselves for yet another Biden betrayal.