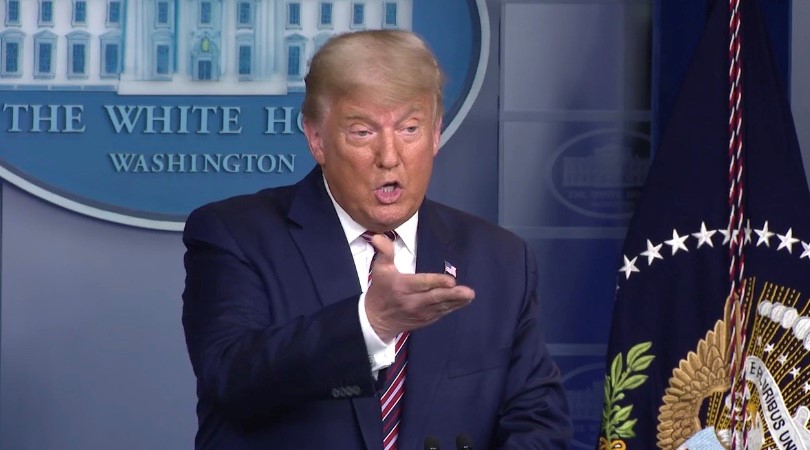 Says Judges are going to have to rule

United States President Donald Trump has warned of a lot of litigations ahead as counting of ballots in six contentious states continue the third day of the 2020 Presidential Election.

Winners are yet to be announced in Georgia, Nevada, Pennsylvania, Arizona, Wisconsin and North Carolina states.

“We think we will win this election very easily. We think there is going to be a lot of litigations because we have so much evidence and so much proof,” President Donald Trump said in a second address from the White House since the November 3 elections.

“It is going to end up perhaps at the highest court in the land. We think there will be a lot of litigations because we can’t have an election stolen like this.”

While condemning mailing ballot, President Trump said, “I have said that mailing ballot will be a disaster. It will hopefully be cleared up very soon.”

“It will probably go through a legal process. I have claimed certain states, and he’s (Joe Biden) claiming certain states and we can both claim the states but ultimately, I have a feeling judges are going to have to rule.”

He described the address from the White House as providing “the American people with an update on our efforts to protect the integrity of our very important 2020 elections.”

“If you count the votes that came in late, we are looking to them very strongly, because a lot of votes came in late. I have already won many very critical States including massive victory in Florida, Iowa, Indiana and Ohio to name just a few.”

According to him, “we won these and many other victories that are quite historic. Election interference from big media, big money and big tech; as everybody saw, we won by historic numbers. And the pollsters got it wrong, knowingly wrong.”

“We had polls that were terribly ridiculous. There was no blue wave as they predicted. They thought there was going to be a big blue wave that was done for suppression reasons. But instead, there was a big red wave and it’s been properly acknowledged by the media that they were very impressed.”

“That was good but that was after the facts. That doesn’t do us any good. We kept the Senate despite having twice as many seats to defend as the Democrats. We did a fantastic job with the Senate. We are very proud of what happened there.”