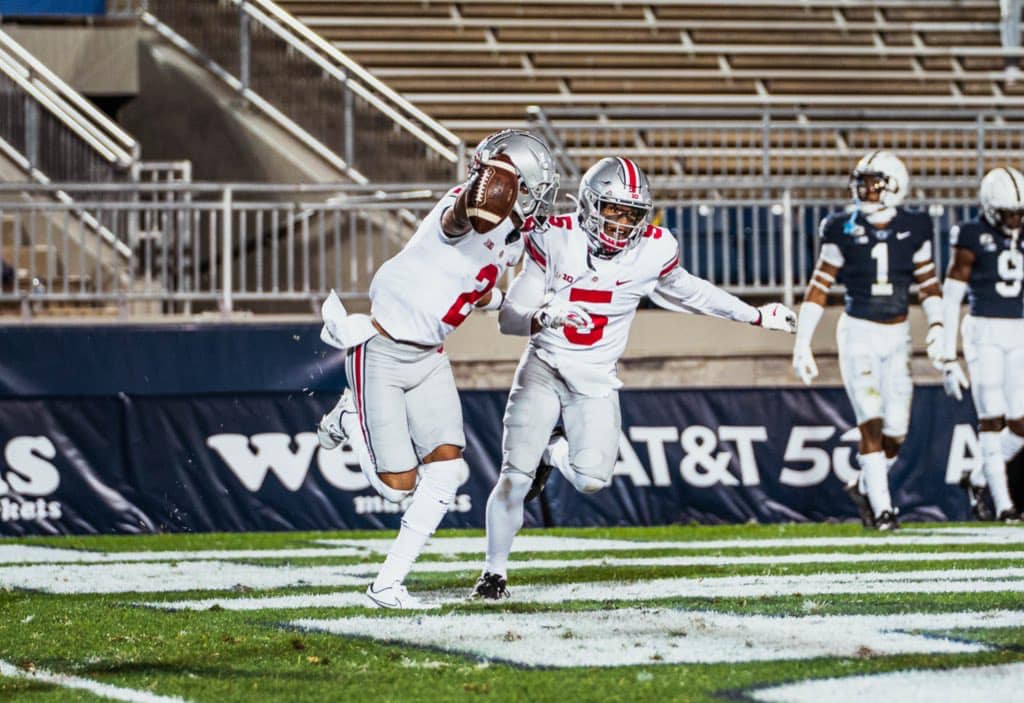 Over this past weekend of college, there were notable critical games within the AP Top 25 rankings. Starting with the headline game in 3rd ranked Ohio State Vs. 18th ranked Penn State, with OSU winning the game 38-25; this is still leaving spectators looking at the defense, wondering what is missing still from making them that next step.

With the passing game firing on all cylinders still, Justin Fields was going for 28-34, 318 YDS, 4TD’s wondering what happened to the running game. Should Master Teague III be getting more touches than Trey Sermon? What more can they do to beef up the run game? Plenty of things to think about before Rutgers this weekend.

Continuing with the topic of needing answers on the defensive side of the ball, 13 ranked Michigan shockingly lost 27-24 despite an outstanding performance by Joe Milton 32-51 with 300 passing yards to one of their rivals in the Michigan State Spartans. With this defeat, all eyes are on Jim Harbaugh and the defense.

As a Michigan fan, I have never seen the secondary look this bad in years. According to the University, Bob Shoop, the school safety Coach, was released from the program. Which could be one of many to come if things don’t get better for the wolverines; Don Brown has a lot explaining for this atrocious display of defense that we saw on last Saturday. Does that mean that Harbaugh is in the hot seat as well? With Indiana in the Horizon this weekend.

Among the higher-ranked teams formally ranked 9th, Wisconsin Badgers, now 10th ranked, had their game canceled against Nebraska due to 22 players contracting COVID-19, Including freshman phenom Graham Mertz; this upcoming Saturday game against Purdue has been compensated as well due to the program not passing COVID-19 protocols.

The major upset went out of the Big 12, Texas stealing the game out of Stillwater OK, against the 6th ranked Oklahoma State Cowboys. Sam Ehlinger 18-34, 164 YDS, 3TD, had the go-ahead touchdown in overtime to Joshua Moore 15YD touchdown pass to put the Cowboys on ice.

We are looking forward to their game in the cocktail party in Jacksonville, FL, against Georgia this weekend.