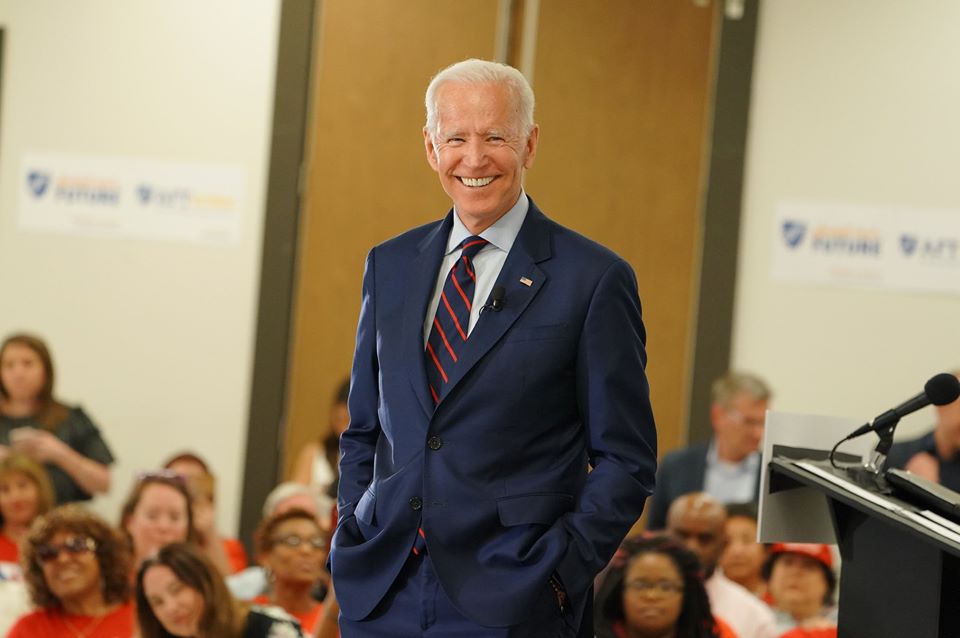 “I also know this well, to make progress, we have to stop seeing our opponents as enemies. We are not enemies. What brings us together as Americans is so much stronger than what can tear us apart.” Vice President Joe Biden said in his second address to supporters as the nation awaits results from the remaining states.

“So, let me be clear, I will campaign as a Democrat, but I will govern as an American president.The Presidency itself is not a partisan institution. It is one office in this nation that represents everyone. It demands the duty and care for all Americans. That is precisely what I will do.”

Joe Biden reiterated that “every vote must be counted. No one is going to take our democracy away from us; not now and not ever.”

“I am confident that we will emerge victorious. This will not be my victory alone or our victory alone. It will be a victory for the American people, for our democracy, for America. There will be no blue state or red state when we win, just the United States of America.”

Speaking on the remaining results, Joe Biden said, “after a long night of counting, it is clear that we will win enough states to reach 270 electoral votes needed to win the Presidency. I am not here to declare that we’ve won, but I am here to report that when the counting is finished, we believe we will be the winners.”

“I feel very good about Pennsylvania. Virtually all of the remaining ballots to be counted were cast by mail. And we’ve been winning 78percent of the votes by mail in Pennsylvania. We’ve flipped Arizona and the second district of Nebraska. Of special significance to me is that we’ve won with the majority of the American people.”

According to him. “there is every indication that the majority will grow with the popular vote lead of nearly 3million votes. Indeed, Senator Harris and I are on track in the history of the Presidency and Vice Presidency with over 70 million votes. I am very proud of our campaign. Only three presidential campaigns in the past have defeated an incumbent President. When it is finished, God willing, we will be the fourth. That is a major achievement.”

“Once this election is finalized and behind us, it will be time for us to do what we’ve always done as Americans; to put the harsh rhetoric of the campaign behind us; to lower the temperature, to see each other again, to listen to one another, to hear each other again, to respect and care for one another; to unite, to heal, to come together as a nation.”

“I know this won’t be easy. I am not naïve. I know how deep and hard the opposing views are in our country and so many things.”