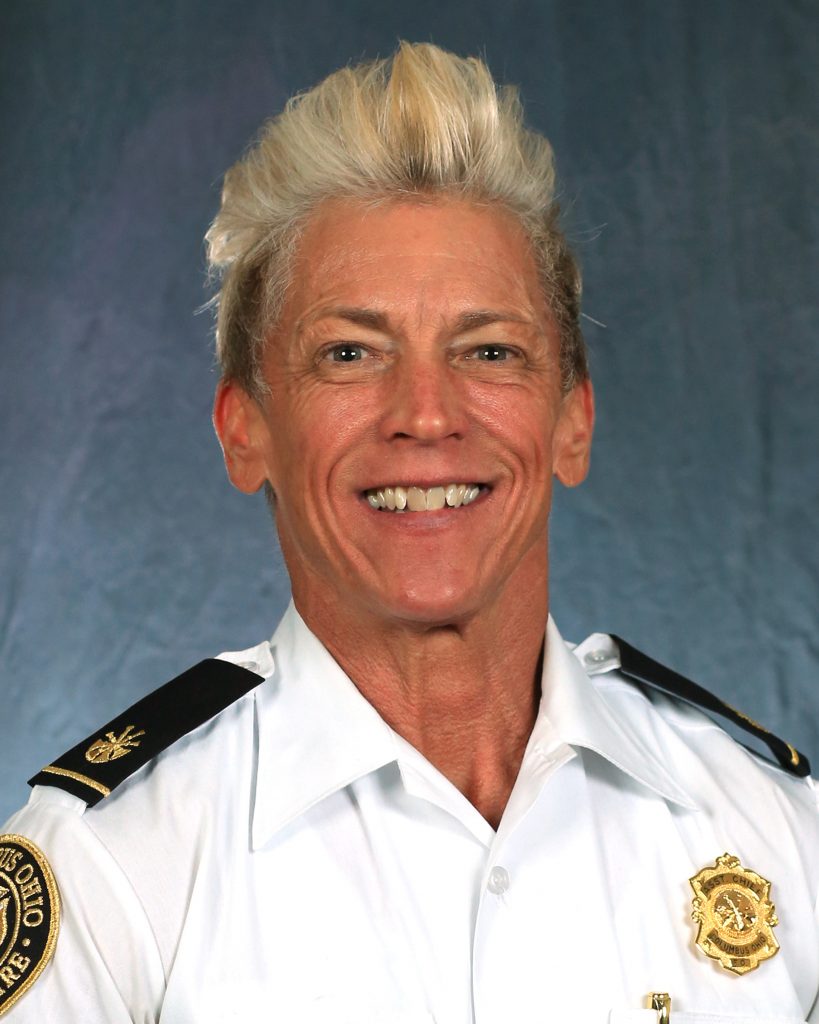 Assistant Chief of Columbus Division of Fire Tracy Smith was promoted on October 18, 2020, after 22 years of service.  She is now the highest-ranking woman in the history of CFD.

“It was an honor and privilege to have the opportunity to promote her to both Deputy Chief (in May) and now Assistant Chief.”

Columbus Fire Interim Chief Jeffrey Happ said, “The fact that she is a woman can be considered a bonus, because she is a role model for other female firefighters and young women considering a future in the fire service.  But know that the reason she was promoted was because of her talent, knowledge, and ability to do the job.”

Smith said of her historic promotion, “It’s not significant that it’s me. It’s significant that over the years, the city has changed in the opportunities it gives all people to succeed.  I hope this sends a message to young women everywhere that if they work hard and stay focused, they can do anything.”

She will now be responsible for overseeing all three shifts in the Emergency Services Bureau.