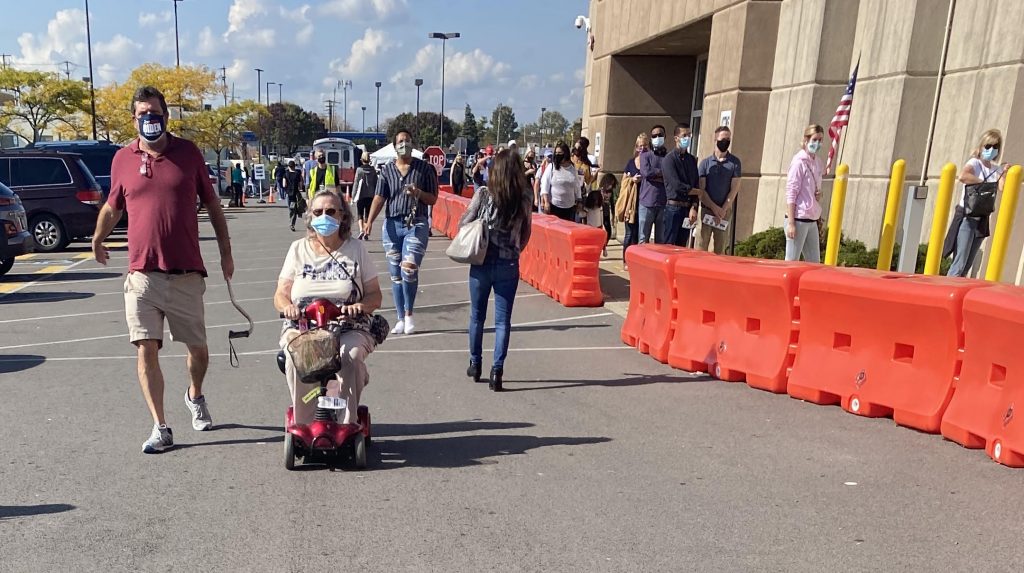 The Ohio Secretary of State Frank LaRose has sent 148,838 Poll Worker Referrals to the 88 Ohio County Boards of Elections and with 12 days until the election, an all-time high of 53,981 Ohioans have signed up to serve as a poll worker on November 3rd.

“This includes 23,140 Democratic poll workers and 20,206 Republicans. 74 Counties have met, or are close to meeting, their recruitment goal for the November election. A review of all county data shows Ohio remains 6,037 poll workers short of the goal of recruiting 55,165 poll workers” Secretary LaRose said.

Since the primary, the Secretary’s recruiting efforts, in conjunction with civic organizations Poll Hero and Power the Polls, have transmitted 148,838 poll worker referrals to county boards of elections for their consideration and training.

“Ohioans are voting in record numbers, and we expect that to continue through election day,” said LaRose.

“Because of patriotic Ohioans who are stepping up in ways never seen before in support of our democracy, our state will be ready to staff the polls on November 3rd.”

Meanwhile, the Election Night Reporting (ENR) site for the November 3rd general election is currently being tested in preparation for Election Day.

A statement from the Secretary of State office said, “because of that it’s possible you may see results posted on the site. Those results do not reflect any actual result from votes being cast by Ohioans. They are for testing purposes only.”

Polls close at 7:30 p.m. on November 3rd. The Secretary of State’s office will provide unofficial results starting at 8:00 p.m. for the following races: