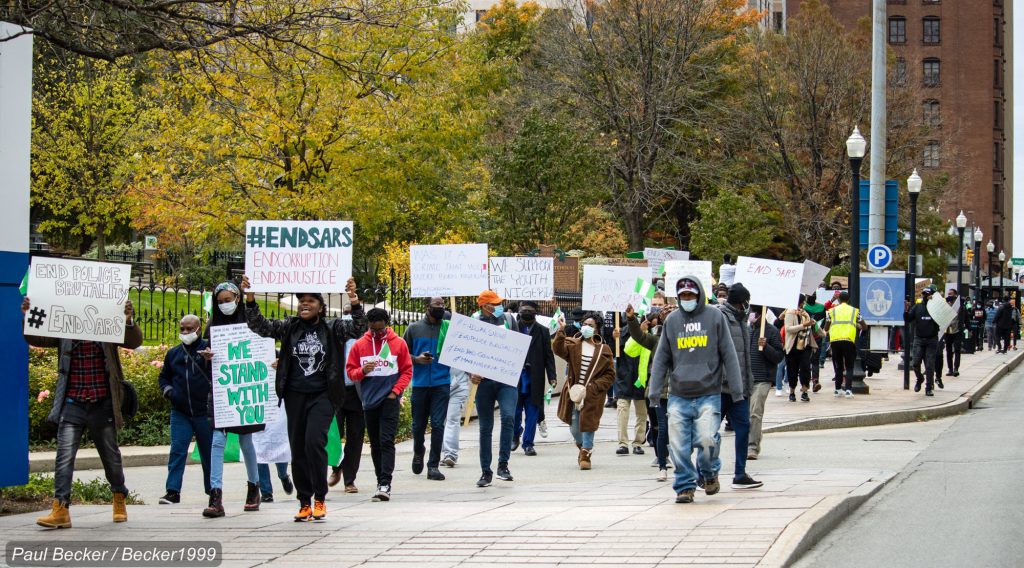 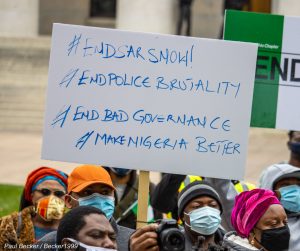 Nigerians in Columbus, Ohio will hold a peaceful demonstration on Sunday, October 25, 2020 at the Ohio Statehouse, 1 Capitol Square, Columbus in support of the ongoing protests in Nigeria condening police brutality, attack on and killing of peaceful protesters in some part of the country. It is expected to begin at 1pm and end at 3pm.

“We will be addressing issues such as an end to police brutality, end to corruption, good governance, and agitate for an immediate cease-fire against peaceful protesters,” said spokesperson for the demonstration in Columbus, Ayo Akinuli.

“Those coming for the protests are encouraged to come with the Nigerian flags, placards and wear their face masks as we will be observing social distancing.”

Also, Nigerians in Cincinatti, Ohio will hold a peaceful demonstration as well at the Fountain Square on Saturday, October 24, 2020 beginning at 12pm.

Recently, Nigerian youths in some parts of the country began a protest demanding from the government to disband the police anti robbery agency, Special Anti-Robbery Squad, SARS for human right abuses and extrajudicial killing of suspected criminals and innocent Nigerians.

There had been clashes with the police since the beginning of the protests and the military were brought in to quell a protest in Lekki, Lagos State on Tuesday, October 20 which led to many deaths.

The government has responded by disbanding the SARS but protests in the country have continued.