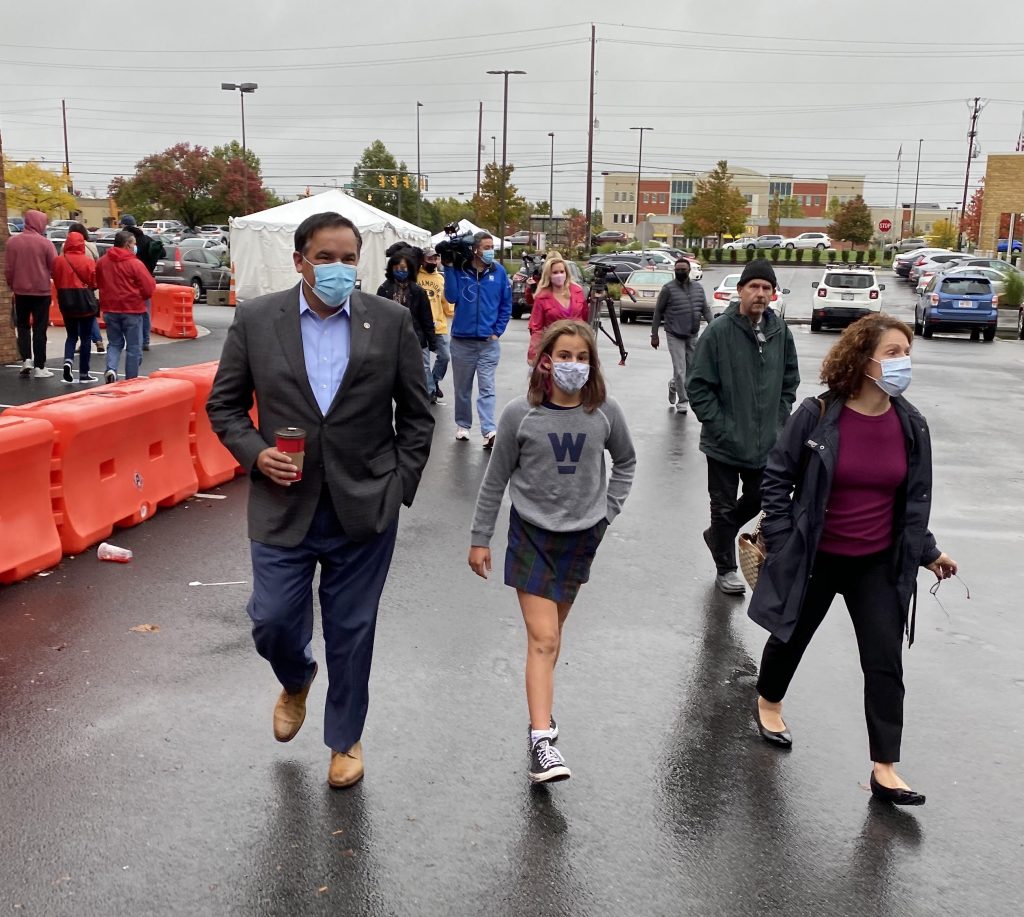 Ohio Secretary of State Frank LaRose has announced that 1.1 million Ohioans have already cast their ballots for the 2020 general election with 14 days until the November 3, Election Day.

“Ohioans continue to vote early in record numbers. That’s 119% the rate seen in 2016. Nearly triple the number of Ohioans are voting early in-person compared to the same time in 2016,” Secretary Frank LaRose said.

Also, in Columbus on Tuesday, October 20, City Mayor Andrew Ginther led other in-person voters to cast a record votes of 4, 437, the third highest since the commencement of the 2020 early voting at the Franklin County Board of Elections. A record number of 45,439 in-person votes has been recorded.

“I couldn’t be prouder of Columbus and central Ohio for trooping out like this in spite of the weather and long line. Also, I’m very proud of the great operations the Board of Elections has put together here,” Mayor Andrew Ginther said.

Statewide, additional analysis of the data also indicates that absentee ballots are being returned at a rate that drastically outpaces that of 2016. 675,231 absentee ballots have already been returned to county boards of elections.

In 2016, that number was essentially half that with just 344,314 absentee ballots returned. The doubling of the number of returned absentee ballots relative to 2016 is a very strong indicator that the mail is working quickly, and Ohioans are easily able to cast their ballots.

Absentee ballot requests increased by 275,135 to a total of 2,745,403 requests received by county boards of elections statewide.

That means more than 1 out of 3 registered Ohioans have requested the opportunity to vote early. The total absentee ballots requested includes 24,824 requests from military and overseas voters. At the same time during the 2016 election, 1,412,718 absentee ballots had been requested.

“Inspiring. There’s no other word for it,” said LaRose.

“With two weeks until election day, our record-breaking turnout is sending a message – it’s easy to vote in Ohio.”

Ohio has over 8 million registered voters with 71.33  percent turnout in 2016 general election.