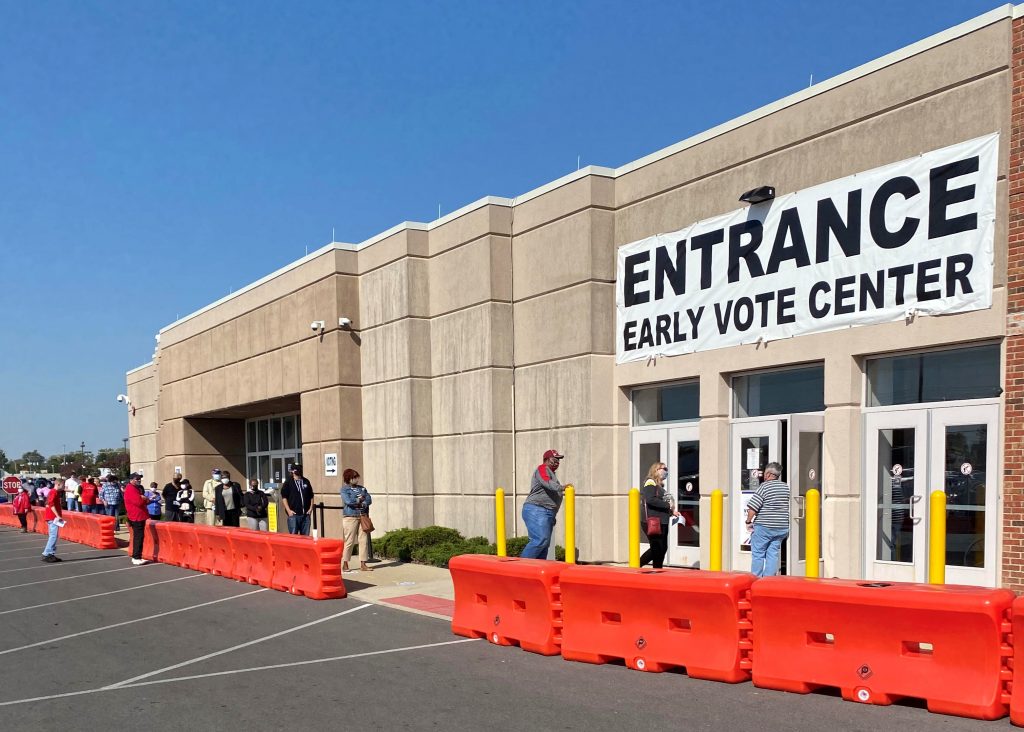 Total number of 3,426 in-person votes were recorded at the Franklin County Board of Elections at the 1700 Morse Road, Columbus, Ohio polling center on the first day of the United States 2020 General Election at the early voting in Ohio State.

Over 800,000 are registered to vote in Franklin county, Ohio this year.

Meanwhile, the Franklin County Board of Elections has said that “voters that received the wrong absentee ballots will be issued a new correct replacement ballot. That ballot will be mailed out in the coming days.”

“The election board continues to analyze the exact number of voters that received incorrect ballots by mail,” said spokesperson Aaron Sellers.

“The Board has in place a process and procedure to re-issue ballots to voters that received the wrong ballot. It has tested the system that was responsible for incorrect ballots. The system is now working as intended.”

He said that, “the Board of Elections is working with our vendor Bluecrest who has representatives on site, as well as the Ohio Secretary of State’s office, as we move forward to correct this mistake.”

“Voters that believe they received an incorrect ballot can confirm by looking up their correct sample ballot on our website, https://vote.franklincountyohio.gov/Search.”

Aaron added that, “Voters who believe they received an incorrect ballot and do not want to wait for a replacement ballot to be mailed can vote at the in-person early voter center at 1700 Morse Road, Columbus.”

“The Board of Elections will continue to be transparent to the public as we gain greater clarity on the exact number of voters affected.”