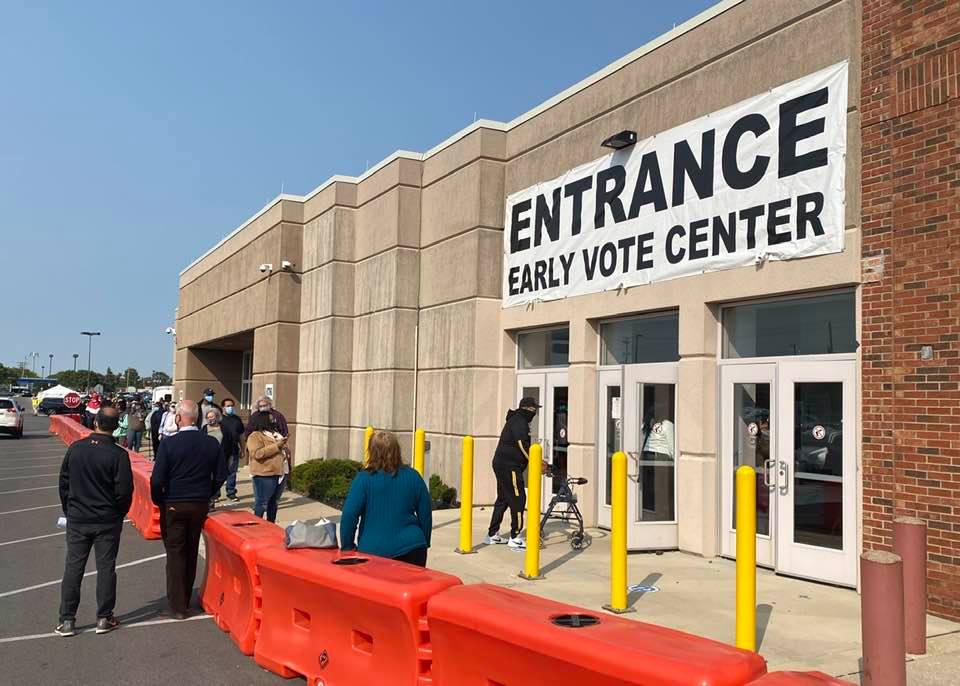 “Get Out the Vote” was the message from several Ohio voters at the polling center of the Franklin County Board of Election on 1700 Morse Road, Columbus, Ohio Tuesday, October 6, 2020 with the commencement of early voting with President Donald Trump and his Democratic Party opponent, Joe Biden on the ballots. 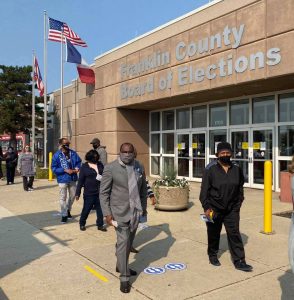 Ohio Governor Mike DeWine appealed to voters to stay safe at the polling canters, adding that “today is the first day of early voting in Ohio – you can vote in person now if you choose not to go to the polls on November 3. We encourage everyone to be kind and stay safe at the polls. Also, there is also still time to request an absentee ballot at http://VoteOhio.gov”

“Everything is going smoothly. We expect people to come out,” said spokesperson for the Franklin Board of Election, Aaron Sellers.

“The line looks long because people are not lining up inside the building. We have moved to the warehouse space for safety measures.”

“The absentee ballot drop box is 24/7 and very secured while we’ve provided another one for drive-in where the voter does not have to come of the car to drop the ballot. That one is open during official hours.”

“It is very important that we all come out and vote in this election. It is easy and safe to cast your ballots here at Franklin Board of Election.”

The line at the Franklin County Board of Election location began from the Karl road end of the complex to the Morse road entrance of the polling station.