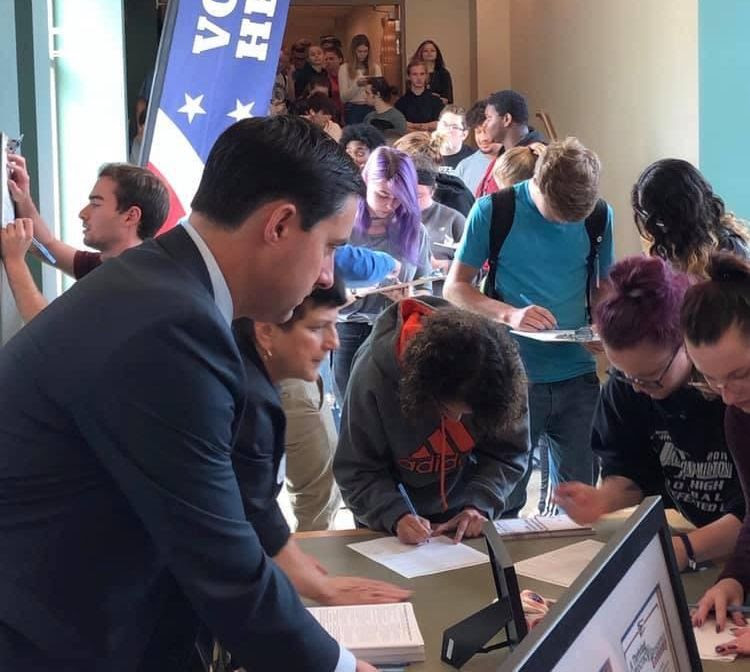 Ohio Secretary of State Frank LaRose has submitted enhancements proposal to the Ohio legislature for the November 2020 General Election assuring that there will be in-person voting during early and the November 3 election day.

The four proposals include to empower the election boards with funding and flexibility; place the absentee ballot request process online; make last Tuesday before election deadline for submission of absentee ballots. Saturday deadline is unrealistic and causes people to get their ballot late and encourages procrastination; and give the Secretary of State authority to send absentee ballot request to every single registered voter in the state. It gives everyone who wants to vote by mail the opportunity to do so and at the same time still preserves the opportunity of people who want to vote in-person.

“These enhancements will ensure Ohio voters can cast a ballot in a timely manner, have a safe experience at polling locations that are well-equipped and staffed, and be sure their voice matters in the next election,” Secretary of State Frank LaRose said while hosting a Minority Media Forum.

“I really hope they are willing to work with me on this.”

“Ohio must listen to our bipartisan county elections officials, learn from their experience in this primary, and make the small changes necessary to improve the voting experience, keep Ohioans healthy, and our elections secure.”

According to Secretary LaRose, “My goal is that there will be a normal election which includes 4 weeks of early voting in-person, 4 weeks of absentee voting and of course election day in-person voting for everybody that wants to take advantage of a convenient to a neighborhood location to do so.”

“We are not asking for additional state money. Thankfully, there has been a large amount of federal funding that has been allocated to the CARES Act as well as the Help American Vote Act.”

On poll workers and recruitment, Secretary LaRose said “Poll workers are often older retirees who may be less likely to participate on election day this fall. Right now, 17-year old Ohioans are allowed to serve as poll workers, but only if they are seniors in high school. We should remove the school year requirement and expand the pool of potential poll workers seeking to gain the valuable experience of serving on election day.”