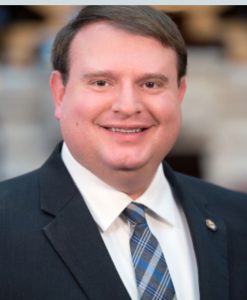 Ohio Senate President Larry Obhof (R-Medina) has commended the administration of President Donald J. Trump for its efforts to modernize the National Environmental Policy Act (NEPA), which sets the process for reviewing the environmental impact of infrastructure projects across the United States. Senator Obhof offered his official comments on the proposed updates through the Federal Register, as part of the federal government’s “notice and comment” process.

According to the White House, NEPA regulations have not been comprehensively updated in over 40 years.

The current rules have led to a time-consuming and cumbersome approval process that often results in long delays for the completion of environmental impact studies on proposed infrastructure projects for America’s roads, bridges, airports, railways and waterways.

Federal highway projects have averaged over seven years to complete, and some reviews have taken a decade or more.

The Trump Administration has proposed rule changes that focus on efficiency and establish reasonable time limits.

For example, under the proposed updates, the federal government would have two years to complete environmental impact statements and one year for completion of environment assessments.

“Infrastructure projects and economic development can be held in limbo for years while the federal government studies them. These proposed improvements to the implementation of the National Environmental Policy Act will help alleviate such concerns,” said Obhof, who submitted his comments on the proposed rule changes to the Council on Environmental Quality.

“The Trump Administration has proposed common sense reforms. These updated regulations will protect the environment but will also streamline the process so that projects can be undertaken in a timely manner.”

The proposed changes are based, in part, on discussions between the Trump Administration and State and local leaders from around the country. For example, in August 2017, Senator Obhof and other state legislators participated in meetings with White House officials regarding infrastructure and the importance of such regulatory reforms.

“I thank the Administration for being responsive to the needs and concerns of States and local governments,” Obhof said.