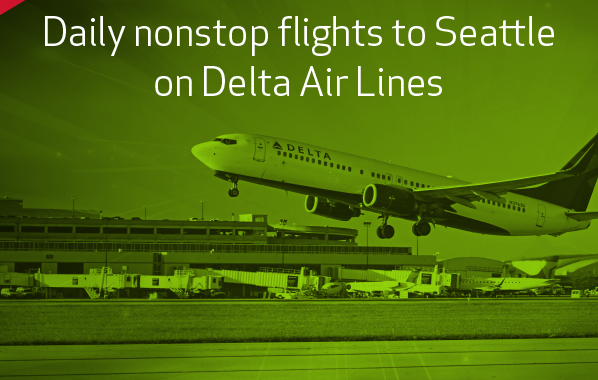 A statement by the Columbus Regional Airport Authority said, “Flights to the Emerald City begin June 8 and are available for booking now on Delta.com.”