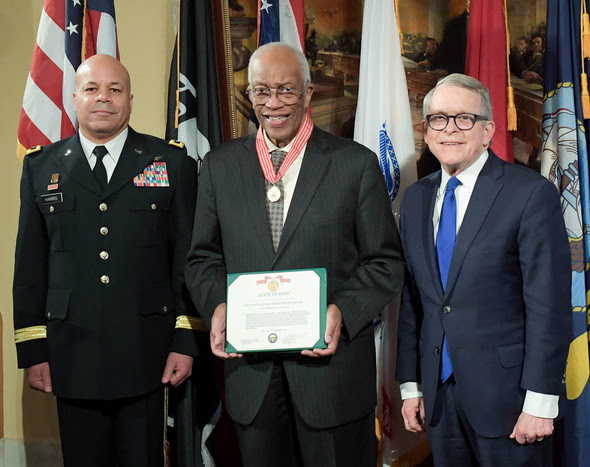 Col. Bluford, of Westlake, flew 144 combat missions in South Vietnam as a pilot in the United States Air Force.

He went on to earn a master’s degree and doctorate degree in aerospace engineering at the Air Force Institute of Technology at Wright-Patterson Air Force Base. Col. Bluford later entered the space program at NASA and became first African American astronaut to travel to space in 1983.

“Your commitment and dedication over the course of your career in aviation are a tremendous inspiration to generations of Ohioans,” said Governor DeWine during the medal presentation at the Ohio Statehouse.

“As NASA prepares for future missions to space, the next generation of astronauts will be looking to follow in your footsteps.”