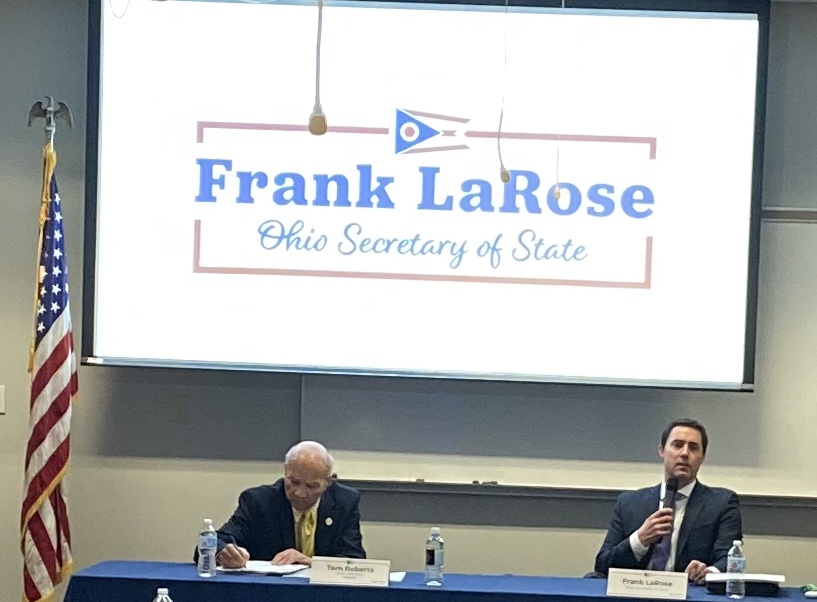 Ohio Secretary of State Frank LaRose has commended the new American citizens for their zeal and commitment to participating in all elections in the state, just as absentee voting in the March 2020 primary elections begin on Wednesday, February 19.

Secretary Frank LaRose who spoke at the “Disinformation Briefing and Panel for Community Leaders”  meeting in Columbus said, “some of the most energetic voters are those that had to earn their citizenship. Those of us who were born with citizenship don’t always appreciate how precious it is.

“I have been to some naturalization ceremonies and people are so excited to register to vote. They are so proud to be a voter. They don’t miss an election. It doesn’t matter whether it is a small election on one or two local issues, they turn up to vote. That same energy that the new Americans have the rest of us need to get and care about.”

On the 2020 elections, Secretary Frank LaRose said, “we are partnering with minority community leaders to make sure that Ohio’s minority communities are not susceptible to very sophisticated disinformation campaigns.

“When there are problems with elections we need to call them out. We need to be clear about it so that we can fix them. What is dangerous is when people are hyping unnecessarily concerns about elections. They cause people to doubt whether elections really have consequences or whether their votes would really be counted,” said Frank LaRose.

“Rational people should be able to say that neither of those will ever be okay. We will do things to prevent any of those from ever happening. But when people out there are scaring voters by telling them “look at all these frauds, look all these suppression,” what they are doing is making people not to trust that their votes will be counted.

“If anybody finds any voter’s suppression or fraud in Ohio, I want to know about it personally. The good news is both of those are rare, and we work hard to keep them rare.”

“It is one of the most important thing you can do. Nobody should skip it. It is easier in Ohio than it ever been. We have a month of early voting, weekend hours and weekday hours. You can vote by mail and if you wait till election day you have from 6.30am to 7.30pm to vote. Most States don’t have these. The worst thing you might encounter is a small line at the poll. We work really hard to prevent that from happening too.”

Meanwhile, absentee voting, both in-person and by mail, will begin on Wednesday, February 19, 2020 for the March 17, 2020 Primary Election.

A statement by spokesperson for  the Franklin County Elections Board, Aaron Sellers said, “In-person voting will run from Wednesday, February 19, 2020 through Monday, March 16, 2020 and take place at the Franklin County Board of Elections located at 1700 Morse Road at the following times:

Registered voters can view their sample ballot by visiting our website at http://vote.franklincountyohio.gov.

Voters planning to cast a ballot by mail must request one by noon on March 14th. Applications are available online at http://vote.franklincountyohio.gov, at public libraries or by calling the Board of Elections at (614) 525-3470.