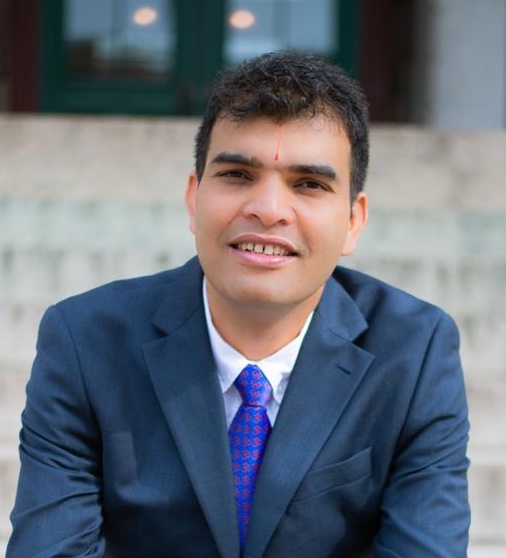 At nine years old, Bhuwan Pyakurel, born citizen of Bhutan, Asia, along with his parents, siblings, and many other ethnic Nepalese living in Bhutan, was hurled into a refugee camp in Nepal. They were rejected as citizens of Bhutan and neither did Nepal accept them as citizens. Amid this, young Bhuwan Pyakurel, now councilmember-elect of Reynoldsburg City Council, Ohio and first Bhutanese American to be elected into office, wondered why they faced such humiliation and rejection. Speaking with Deba Uwadiae, Editor of New Americans magazine, after his election, Bhuwan, who came to the United States as a refugee in 2009 said, “I went into a refugee camp with my siblings. From that day I started asking why I was forced out of the country of my birth. As I grew up into adult, I learned there was a political reason. We did not have any political right in that country.”

I am a former citizen of Bhutan but an ethnic Nepali. I would like to be referred to as Bhutanese American than a Nepali American. I was a citizen of Bhutan and my citizen was taken away by the dictator King of Bhutan. I came to the United States, got my citizenship and ran for office.

I was a former refugee before I became a citizen of America and city-council member elect of Reynoldsburg.

The beauty of the United States of America is that things are possible if you are law abiding. I came to the United States in 2009 from a refugee camp in Nepal. I was resettled in Colorado Spring in Colorado. In 2014 we decided to move to Columbus and in 2016 we moved to Reynoldsburg. Basically, in the last four years of my stay in Reynoldsburg, I am glad to be elected to the city council which is really a big deal for me. I don’t think any country on earth can give this opportunity to people who are from other countries so soon. This country has unique opportunity. We need to utilize it, and I utilized it.

I had political ambition from very young age, but I did not know the political opportunities in the United States. In 2013, I went to a training called Family Leadership Training Institute. It is in 32 different states in United States and Australia. The one in Columbus is the Central Ohio Family Leadership Training Institute. We learned about Civil local government, civic engagement, and what do we mean by being a leader. These concepts and practical values were taught at the institute. That prepared me for today. It was one important piece that made me think of running for office.

Reynoldsburg is full of good people, very responsible, inclusive and welcoming. The Reynoldsburg Police Chief did not only welcome me to Reynoldsburg, he also came to our house, shared meal with us, talked about the community and asked how other community leaders can serve this community better.  Other political office holders influenced me as well, including Christian Bryant. Reynoldsburg is my home, my community, and city; Ohio is my State and US is my country.

There are many people from various backgrounds in the city and there are certain concerns that are relevant to all the people. My number one concern is safety. I have been talking about safety from the very first day I decided to run for elected office. By safety, I mean infrastructure, sidewalks, roads, these are the things all the people need in our city. With sidewalks there will be less risk for our children to go to school and come back home. Streets in our city need repairs. As a council member I will be able to advocate on how we get resources to do this. Another area is communication. I believe we can use the latest technology like the YouTube live or podcast to broadcast city council meetings and reach out to our people. We also need code enforcement in our city. We need better code enforcement. We are not able to enforce those city codes probably because of lack of resources. These are the platforms I based my campaign.

Campaign was very exciting. I have never done such before, in terms of aggressive political campaigning. Going from door to door was very scary. I didn’t know what to do, what people were going to say or their reaction. But I realized that I was going to talk to human beings. They are human beings. Ninety nine percent of the time that I met with people I knocked at their doors, I had good interaction with them. They asked me questions, policy questions, I tell my story and people listen to it.When I tell my story that I came from a background where I was forced out of my country into a refugee camp for no fault of mine at the age of nine, they listened. We had limited food to eat, no house to sleep, no running water and with that we survived and thrived.

We have done tremendous work in our own life in the last 10 years that we came to America. I came with $15 in 2009 and today in 2019 I have my job, my kids are going to one of the best schools on earth, we have our cars, with my wife, and we have a house. We are living our American dream. What else do we want to achieve more. We are a success story of this country and we need to tell more about that. People listened and they gave us a chance.

Now the challenge is to fulfill the promises made during the campaign. For the first time I will be sitting in a place where I will be joining to make decisions. I will cooperate with all members of the council, talk with them, build a relationship with each other and see how we can work together. Though it is a council position, there are limited things we can do but I will do the best that I can. I will keep the three promises that I made, work on it and see what we can do. I am in a very easy position in the sense that I always speak what my conscience says. I think I will do the right thing. My focus will be the streets, sidewalks and code enforcement. These affect everybody no matter the social or racial background.

Democrats have made impact at this election, but we represent everybody. All the council members are energized, and we have a mayor who has excellent plan.

The last days have been busy and now I am reading the city chatters and meeting with the families. The campaign took so much in the last nine months. The big thing now will be oath taking of office. We are working on that right now. My political role model is President Barack Obama no doubt.

I am a member of the board of YMCA and Multi Advocacy for Cultural Competence. YMCA is a big thing for Reynoldsburg will be opening next year. It is a big factor to Reynoldsburg. Our population is about 40,000 to 45,000.