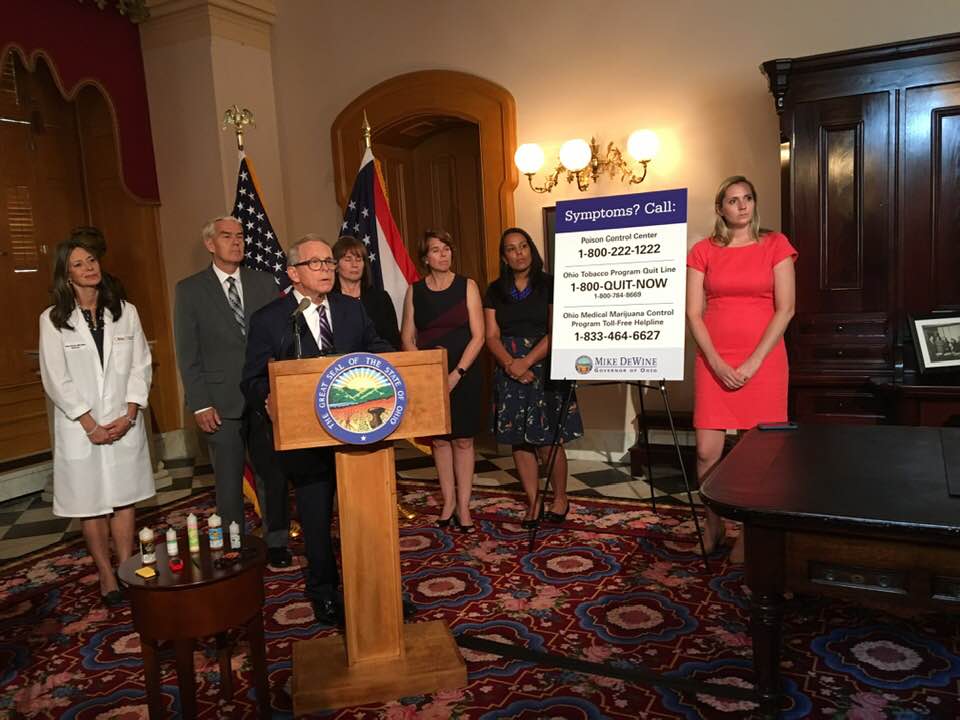 Ohio Governor Mike DeWine has called for a legislative push to ban flavored e-cigarette products as a result of increasing pulmonary complications caused by vaping, as he announced a long-term effort to curb youth vaping.

“We have two separate, but related problems in connection to vaping. First, we are facing deaths and very serious medical problems caused by vaping; the second problem is the dramatic increase in youth vaping – 135 percent increase in high school students vaping since 2017 alone,” said Governor Mike DeWine.

“We must take necessary steps to protect Ohio’s young people from the cycle of addiction.”

According to the Centers for Disease Control and Prevention, CDC, 12 people have died nationwide due to vaping related sever lung disease.

Ohio Department of Health has identified 22 cases, including one involving a 15-year old, and is investigating 19 additional cases.

Governor DeWine will send letters to all Ohio college and university presidents asking them to enhance their smoke-free campus policies, including rules on vaping.

A tax on vaping products included in the biennial budget went into effect Tuesday, October 1, 2019. This tax charges distributors 10 cents per milliliter of vaping products. Raising the price of cigarettes has been the most effective ways to reduce smoking rates.