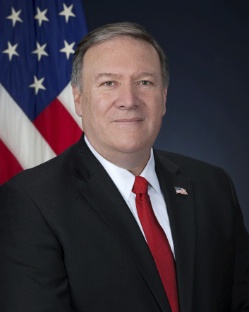 This represents less than six percent of the anticipated processing of more than 350,00 individuals in new refugee and asylum cases in 2020.

A statement by the Department of State said, “the official Presidential Determination on Refugee Admissions Numbers for FY 2020 will be issued following consultation with Congress.”

“The United States anticipates receiving more than 368,000 new refugees and asylum claims in FY 2020.  Of them, 18,000 would be refugees we propose to resettle under the new refugee ceiling; we also anticipate processing more than 350,000 individuals in new asylum cases” said the department of state.

It added that, “at the core of the Trump Administration’s foreign policy is a commitment to make decisions based on reality, not wishes, and to drive optimal outcomes based on concrete facts.

“Given the dire situation of the 71 million people displaced around the world, the mission of American diplomacy is more important than ever.  Diplomatic tools – for example, foreign assistance, economic and political engagement, and alliance-building ‒ are essential to resolve the crisis points that drive displacement in the first place.  Attacking problems at the source makes it possible to help many more vulnerable people, and to do so much more rapidly, than could be done through resettlement or asylum in the United States.”

“That’s why the United States has worked hard to resolve conflicts in Syria and Afghanistan, strengthen economies and governance in Central American countries, and support the legitimate government in Venezuela against Maduro’s tyranny.

“The Trump Administration has also put a new, practical focus on assisting refugees where they are concentrated:  in places like Bangladesh, Colombia, and Turkey.  Most displaced people seek to return home as soon as they can.

“Their efforts to rebuild their communities after a safe and voluntary return helps lead to the recovery and stability of affected areas, which serves America’s foreign policy interests,” it said.

“Additionally, the United States is the most compassionate and generous nation in history.  Our country hosts hundreds of thousands of people who have temporary and permanent protection under special immigration categories such as victims of trafficking, humanitarian parole, temporary protected status, and special immigrant juvenile status.  These programs, in addition to our refugee and asylum programs, help uphold America’s legacy of caring for the most vulnerable.  It is misguided to see our refugee admissions program as the singular measure of America’s humanitarian-based immigration efforts.

The current burdens on the U.S. immigration system must be alleviated before it is again possible to resettle large number of refugees.  Prioritizing the humanitarian protection cases of those already in our country is simply a matter of fairness and common sense.  Indeed, it would be irresponsible for the United States to go abroad seeking large numbers of refugees to resettle when the humanitarian and security crisis along the southern border already imposes an extraordinary burden on the U.S. immigration system.

This is why the diplomatic agreements the United States has achieved with our neighbors in the Western Hemisphere to address issues of illegal immigration and border security – including the Asylum Cooperation Agreements with Guatemala, El Salvador, and Honduras – are so important.  They will allow the United States to refocus resources on the current backlog of asylum cases that now involves more than one million individuals.

Our refugee ceiling must also take into account our national security and foreign policy interests.  In recent years, law enforcement has apprehended alleged terrorists who passed through our refugee program, reinforcing the need to remain vigilant against evildoers who would exploit American generosity.

Additionally, as a means of serving U.S. foreign policy interests, this year’s refugee admissions proposal has specific allocations for people persecuted on account of their religious beliefs, Iraqis whose assistance to the United States has put them in danger, and legitimate refugees from Northern Triangle countries.

Finally, President Trump is taking new steps to make sure that the refugees that the United States welcomes are set up to succeed.  The President is issuing an Executive Order on Enhancing State and Local Involvement in Refugee Resettlement to ensure that newly arrived refugees are placed in communities where state and local governments are best positioned to receive them.  The federal government’s close cooperation with state and local governments is necessary to support refugees’ successful integration into American society and our labor force.

This refugee admissions proposal reaffirms America’s enduring commitment to assist the world’s displaced people, while fulfilling our first duty to protect and serve the American people.’