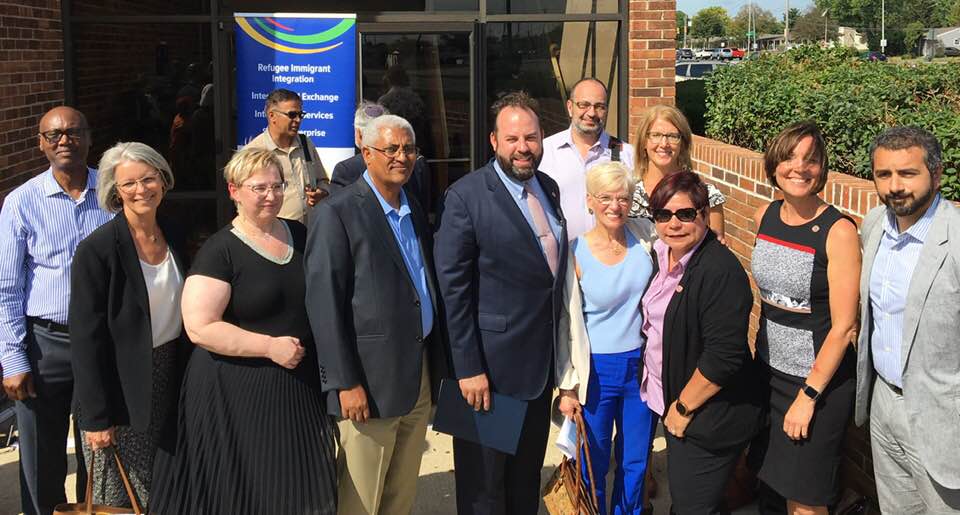 As the United States marks Welcoming Week, Central Ohio social services agencies have asked for an increase in the number of refugees being admitted into the country because of their contributions to development and economic growth.

At a joint press conference of the US Together Social Services, Jewish Family Services, Community Refugee and Immigration Services, Ethiopian Tewahedo Social Services and Catholic Social Services, with the Columbus City Council regarding the upcoming 2020 Presidential Determination on Refugee Admissions, they pleaded for the number to be raised to 95,000 a year against the current 33,000.

Columbus City Council member Emmanuel Remy acknowledged the contributions of the refugee and immigrant community to the city adding that “Columbus will continue to be a welcoming city to immigrants and new Americans.”

“Our call is for the government to allow 95,000 refugees into the United States in 2020,” said Emmanuel Remy.

The Executive Director of the CRIS, Angie Plummer said “the members of congress should step up and stop” the ongoing reduction of the number of refugees by the government.

“White House should set a number that represents who we are as people,” said Angie.

Also, the Executive Director of the Jewish Family Services, Karen Mozenter pointed out that “the immigrant community contributes $6.5 billion every year to local economy.”

The Executive Director of the Us Together, Nadia Kasvin said she was encouraged by the support the refugee and immigrant community has been receiving in central Ohio, adding that “refugees are not the burden, they are assets.”