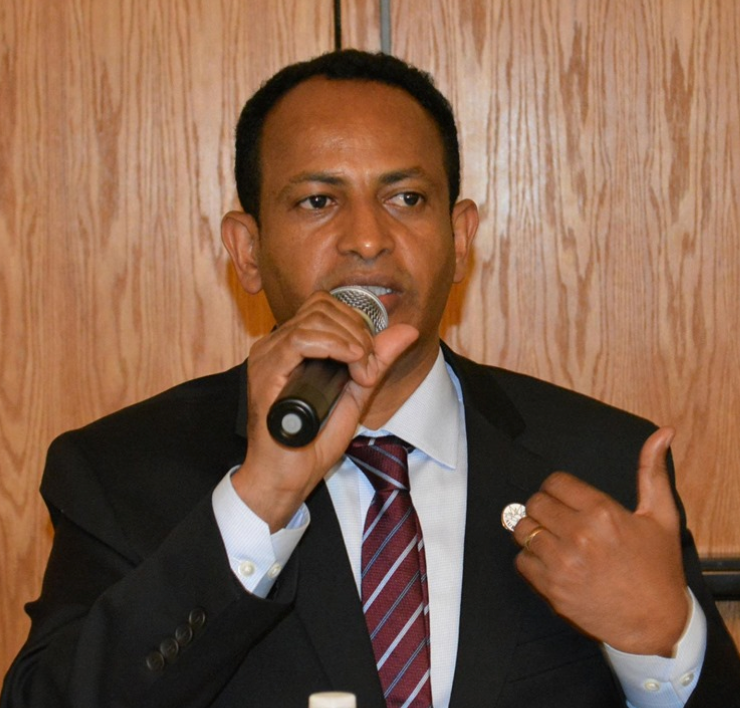 A phone call by one of the aides at the Columbus Convention center confirmed an interview request with the Ethiopian    Ambassador to the United States, Fitsum Arega. Within 20 minutes, Ambassador Fitsum Aerga was ushered into a quickly arranged interview spot ready to speak on his visit to Columbus, Ohio on Sunday, August 25, 2019.

Ambassador Fitsum Arega served as the Commissioner of the Ethiopian Investment Commission (EIC) before his appointment as Ambassador to the United States of America in November 2018. This is the position he had also held from 2013 until the beginning of 2018. Under his leadership, the Investment Commission played a catalytic role in Ethiopia’s rapid economic growth, and the Commission has received broad accolades for its efforts as evidenced by the numerous international awards it has received (including from the World Bank and UNCTAD). His leadership at EIC resulted in net FDI increase to over USD 4 billion in 2018 from approximately USD 1 billion in 2012, supporting very high GPD growth during the period. He promoted Ethiopia as an investment and sourcing destination, traveling to over 40 countries and meeting with global businesses and brand leaders.

From April to December 2018, Mr. Fitsum served as Chief of Staff to Ethiopian Prime Minister Abiy Ahmed and assisted in restructuring federal government agencies and steering the prime minister’s office. 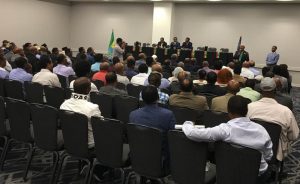 Prior to these appointments, he served as Head of the Addis Ababa Investment Agency, Head of the Addis Ababa Trade and Industry Bureau, and has served in different public enterprises as a board chairman and member. Mr. Fitsum has an MA in Development Economics and Policy Management from the University of Manchester, an MBA from the Open University Business School, and a PGD in Local Government Systems and Management from the University of Birmingham. Born and raised in Addis Ababa, Mr. Fitsum is married and has four children.

Since I came to the US I have been meeting with Ethiopians in the Diaspora. I have just passed my first 100 days. My primary goal and objective were to meet Ethio-Americans and know what their aspirations are and share the visions of my Prime Minister Dr Abiy Ahmed.

In my first 100 days, I decided to reach out to the larger Ethiopian and Ethio- American community. So far, I have been to 14 cities in the US mostly in the west coast. Columbus is my 14th city to visit in 100 days.

I am here in Columbus for three purposes.  The first is to share peace and togetherness message of the new leadership of the Ethiopian government and its economic and political agendas so that people of Ethiopian origin are well informed of developments back home in a setting of a globalized world.

Wherever they are, people can impact positively or negatively, through the social media. I want their contributions and their support to be aligned with us.

The second reason is I want to reach out to interested investors to invest in Ethiopia. I am sharing the opportunities and policies the government of Ethiopia offers. I believe the next investment destination in the world is the African continent.

Africa has a very young population and Africa has the most conducive cost factor for doing business. We have challenges in the bureaucracy. Ethiopia has started to tackle the bureaucracy and the efforts are led and championed by the Prime Minister Dr. Abiy Ahmed. We are also working to ease doing business. We have been attracting investors from all corners of the world, from the US, from east and western Europe, Asia and Africa.

The third reason is to meet Senators, Congress members, Mayors, and Governors. In the cities and places where I visited, I shared Ethiopia’s visions and ask for support. That is what I have been doing and I am very delighted with what I accomplished so far.

“Now Ethiopian Americans who are US citizens can invest in banks, insurance, micro finance and other financial institutions from which they are barred from. Our banks are the most lucrative and most profitable institutions because of the sound financial policies”

In all places I have visited, Ethiopian Americans have been opening their doors to us everywhere we go. They have been renting facilities for our meetings and providing transportation for us and welcoming us with flowers. They are giving support to the change and thanks to their efforts, prayers the momentum of the change is maintained.

That is what we have been doing and the support has been overwhelming. In Cleveland, they contributed money and built a special garden, a monument that represents Ethiopia. 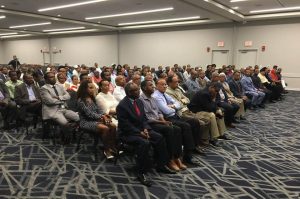 Ethiopian Americans have as an objective to work on dual citizenship so that they can invest as citizens in Ethiopia. Recently, the government has opened-up the financial sector that was closed to non-citizens. Now Ethiopian Americans who are US citizens can invest in banks, insurance, micro finance and other financial institutions from which they are barred from. Our banks are the most lucrative and most profitable institutions because of the sound financial policies.

Wherever I go I reach out to all people who are living in the United States when it comes to attracting investments. I reach out to African Americans which have communities. In addition, there are strong African immigrants’ communities in the US. The message of love, forgiveness and togetherness, that some think is a religious kind of thing, which is not, because it is what Nelson Mandela taught, reconciliation, togetherness and unity, and that is what our Prime Minister Abiy Ahmed is saying. This is a universal call for all of us.

Prime Minister Abiy Ahmed has been reaching out to all the neighboring countries, Djibouti, Sudan, South Sudan, Somalia, Kenya and Eritrea. It is a surprise to many that he reached out to Eritrea. We were in no-war-no-peace situation for two decades. And Eritreans in the diaspora were not in close working relationship with Ethiopians in the diaspora.  Now we are going to the same church, having same parties, meeting together, having friendship and bonding are becoming stronger. This is also true in our relations with Somalia and beyond to our neighbors, with Nigeria, South Africa and all Africans.

It is an opportunity for all of us to stand together, and I am closely working with African Union Ambassador Arikana Chihombori-Quao who is promoting Africans in the diaspora. We are on board and our Prime Minister is reaching out to our neighbors.

As the seat of AU is in Addis, we believe we are responsible to make Addis Ababa the second home for all Africans.  Ethiopian Airlines is connecting African countries and, we believe we can play a role to bring Africa together. Ethiopia as a country is a strong partner in the pan-African movement where Emperor Halie Selassie, Nkrumah, Kenyatta contributed in fighting to end colonialism,

We believe Ethiopia has a role to play to uplift the continent out of poverty together with brotherly African countries. Yes, we say the time for Africa is now.

To all our African sisters and brothers, please, let’s put behind us many bad things that happened to us in the past, let’s start with forgiveness and reconciliation. Let’s build love and work hard together. When we do so the sky is not the limit. There is no limit to our growth, no limit to our transformation and we should not leave this to chance, we must work hard, and we must strive.