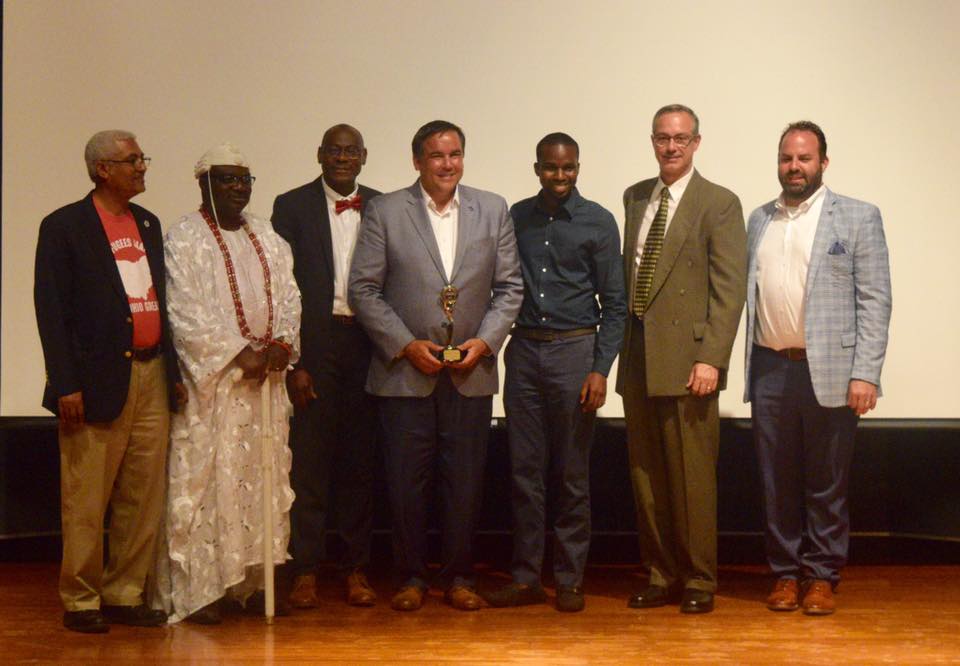 Columbus City Mayor Andrew Ginther has dedicated the “Welcoming City Award 2019” won at the New Americans magazine Annual American Awards to the entire city for working together for a better and safer city for everyone.

“This award doesn’t just go to the administration, it goes to the entire City because we all work together to make sure we build a better future, safer and a bigger city for everyone,” Mayor Andrew Ginther said. 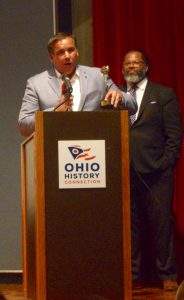 He thanked members of the City Council for all the work they have been doing to make Columbus America’s opportunity city.

He assured that every content of the Executive Order he signed in 2017 “is still true. We are a beacon of light shining on a hill. Columbus is a city of immigrants and is open and safe to all immigrants and refugees.”

The Welcoming City Award is for a City that creates inclusive policies and practices such as making it easier for entrepreneurs to start a business or having government documents available in multiple languages, guided by the principles of inclusion and creating communities that prosper because everyone feels welcome, including immigrants and refugees.

In his remark at the Awards’ night, Mayor Andrew Ginther said, “Columbus is the 14th largest city in the country, and we have the fastest growing economy in the Midwest. We are home to a highly diversified base of companies with everything from manufacturing and logistics to healthcare, e-commerce and finance.

“We are becoming a top-tier destination for visitors, too, with museums, restaurants, shopping and more than 300 miles of trails for hiking and biking.

“But our greatest asset is our people,” he said.

According to him, “Columbus is a city of immigrants. Germans settled in German Village in the early 1800s, at one time comprising a third of the entire population of the city.

“The Irish settled in Franklinton and Flytown, roughly the present-day Arena District.

“Italians came in the early 1900s, also making their homes in Flytown and Franklinton, as well as what we now call Italian Village,” he added.

“I’m a homegrown Columbus boy, but my roots are Scottish and German with a little Cherokee nation.

“Today, Columbus is home to almost 900,000 people. Almost 120,000 of our residents are foreign born. We are leading the state in population growth, and almost 82% of new residents to this great city are born elsewhere.

“New Americans are crucial to our growing economy. Immigrants are more entrepreneurial, making up almost 10 percent of all entrepreneurs in Ohio. Businesses started by immigrants generate more than a half million dollars in business income each year.

“Immigrants in all of Ohio earned more than $15 billion a year and contribute more than $4 billion in local, state and federal taxes.

“And the cultural diversity brought to our city by the New American population simply cannot be measured.

“Our goal in Columbus is to make New Americans feel welcome and be involved.

“We are getting ready to graduate our second cohort of the New American Leadership Academy.

“We value our New American population, and we are also aware that immigrants and refugees face unique challenges navigating local governments.

“The Academy helps New American professionals to foster personal development, enhance knowledge in civic engagement and discover ways to contribute to their respective communities and Columbus at large,” he said, noting that “If you want more information, ask our host Deba – he was in the inaugural class of the Academy!”

“I want to reinforce my commitment to all the people who reside in Columbus. In 2017, I signed an executive order to reinforce what we have been doing for decades – welcoming refugees. That is still true today. The future of Columbus is big enough, bright enough and safe enough for everyone,” said Mayor Andrew Ginther.