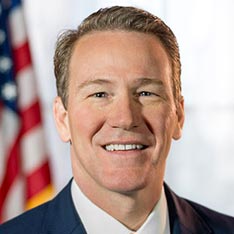 Ohio Lt Governor Jon Husted has said that the State will support criminal justice reform that  will remove artificial job  barriers that are standing in the way of people who found themselves incarcerated.

Speaking at a forum with employers on “Certificate of Qualification for Employment (CQE)” Lt Jon Husted said, “In many cases we have barriers in the law that is prohibiting them from doing that. We have to comprehensively look at this that we are not building barriers that are really contributing to them heading back to prison and not getting these opportunities.”

A Certificate of Qualification for Employment (CQE) allows restored citizens to be evaluated in terms of their ability to do a job, rather than their criminal record, while protecting employers from negligent hiring lawsuits.

“The timing on this allows for bringing more people to the table than ever because businesses are coming out of necessity. They need people. They are willing to overlook things that they might not have overlooked before. Once you build successes around that you are likely to make it sustainable.

“There are 46,000 people that are coming out of prison in Ohio every year. We want them to get job and become part of the society,” he added.

According to him, “I believe that we are at the unique time where there is a greater willingness to do this out of both necessity in the economy and the awareness that we have failed collectively as a society to address these issues that addiction in many cases is the cause of somebody finding himself in these situations to begin with.

“We can no longer afford to leave people who have the ability and potential to be self sufficient and a contributor to the society in a very meaningful way and allow them to fail.

“It is about creating winning opportunities for everyone across this landscape. Nobody knows all of the answers but each of us can play a role in the solutions and that is what we hope to do through some of the works that we are doing in this year’s budget which we have a couple of days left in that process of trying to lift people wherever they are or find themselves to give them hope by knocking down the barriers,” he said.