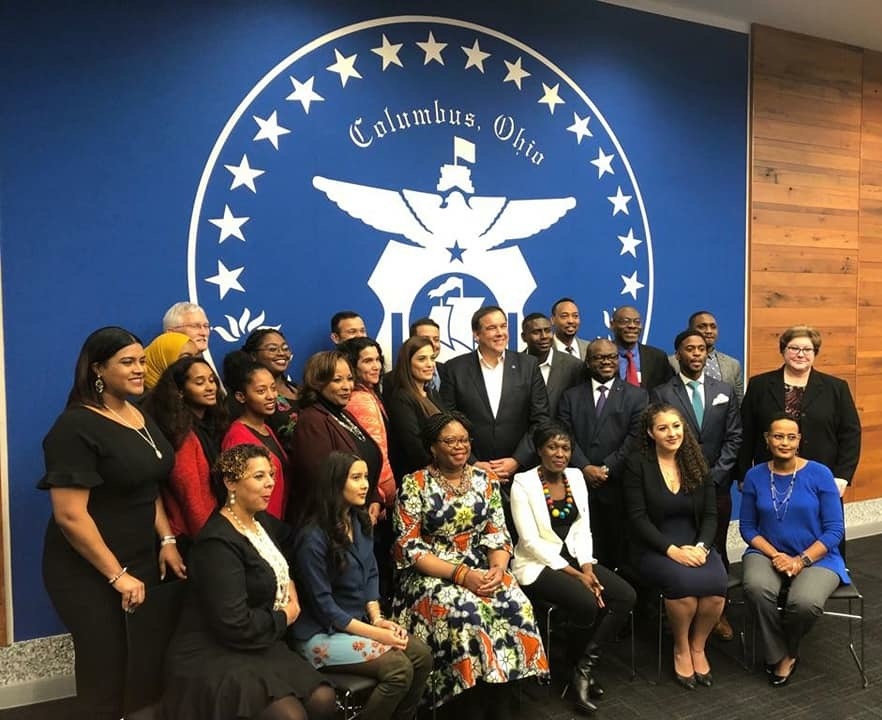 The City of Columbus Department of Neighborhoods has announced that applications for the 2019 New American Leadership Academy fall cohort will open on Friday June 7, 2019.

The program is an opportunity for new American professionals to foster personal development, enhance knowledge in civic engagement, and discover new ways to contribute to their respective communities and the Columbus community at large.

During the Academy, selected applicants will receive mentorship and professional development on various topics including government, civic engagement, implicit bias, and others.

The sessions will be offered bi-weekly beginning August 21, 2019 and expected to conclude December 11, 2019.

Congresswoman Beatty introduces the Woman on the Twenty Act

U.S. Congresswoman Joyce Beatty (OH-03) has introduced the Woman on the Twenty Act of 2019, H.R. 3082, a bill that honors the legacy of one of America’s most historically significant female figures, Harriet Tubman.

The bill would follow through on the American people’s choice to replace President Andrew Jackson on the $20 bill. Specifically, the bill would require a $20 bill printed after 2022 to prominently feature a portrait of the famous abolitionist.

Beatty is introducing the Woman on the Twenty Act following a May 22nd Financial Services Committee hearing where Treasury Secretary Steven Mnuchin refused to commit to upholding the decision to place Tubman on the redesigned $20 bill.

“I strongly oppose the Trump Administration’s unreasonable decision to indefinitely delay the release of the new $20 bill with no real plan of action. Over three years ago, I worked directly with the Department of Treasury to plan the release of the new $20 design featuring Harriet Tubman—coinciding with the 100th anniversary of the 19th Amendment. The new $20 is desperately needed, as the last new design occurred nearly a century ago and was determined by the American people to better reflect the diversity of our great country. That is why I am proud to reintroduce the Woman on the Twenty Act to ensure that Harriet Tubman finds her rightful place on our nation’s currency.”

Beatty has fought throughout her time in Congress to secure a woman on our nation’s currency. In June 2015, she introduced the Woman on the Twenty Act, directing the Secretary of the Treasury to create a citizens’ panel to recommend a woman to be placed on a $20 bill. Several weeks later, she spoke from the House Floor in support of putting Harriet Tubman on the new $20. The following April, Beatty wrote a letter to former Secretary of the Treasury Jack Lew calling on the Department to fast track the new note and have it in circulation by 2020. Then, in 2017, Beatty wrote Mnuchin urging him to recommit to the redesign of the twenty-dollar bill featuring Harriet Tubman.

Ohio City of Columbus Department of Neighborhoods has announced the opening of application for ...