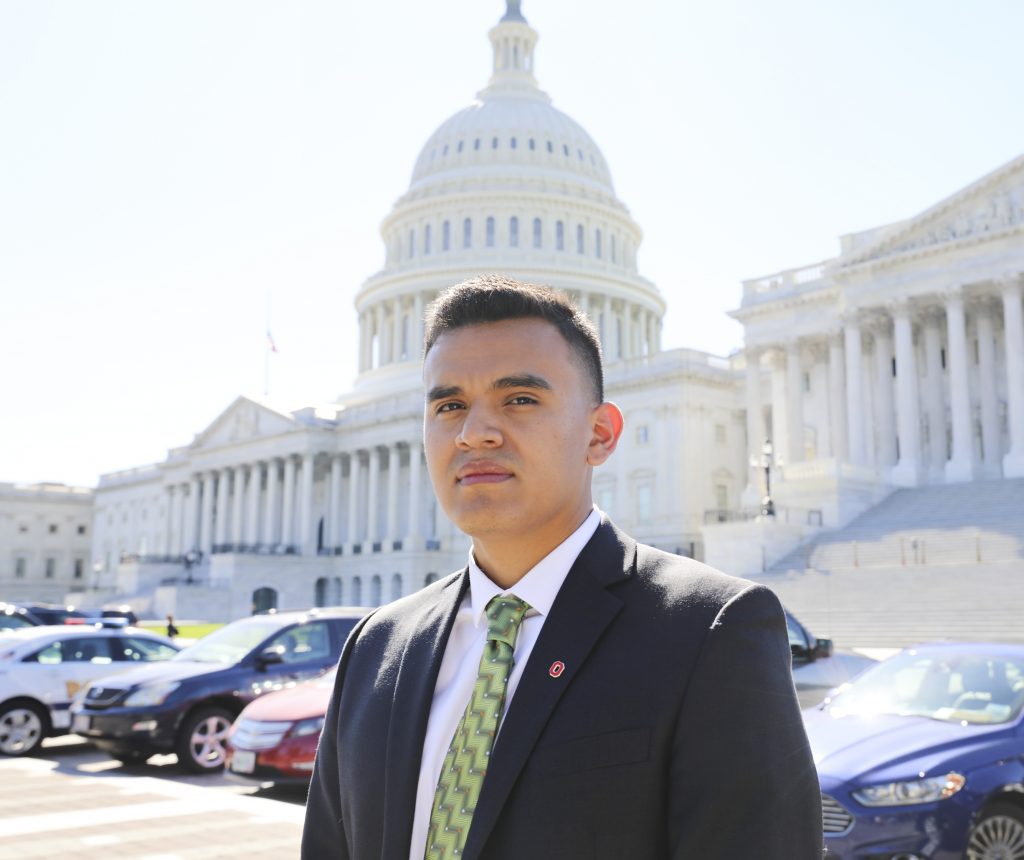 Seven years ago, on June 15, 2012, the Secretary of Homeland Security, Janet Napolitano sent a very important memorandum to immigration departmental heads and the subject was “Exercising the Prosecutorial Discretion with Respect to Individuals Who Came to the United States as Children.” It was in respect of an executive order referred to as Deferred Action for Childhood Arrivals, DACA.

Deferred action is a discretionary determination to defer removal of an individual as an act of prosecutorial discretion. Individuals who receive deferred action will not be placed into removal proceedings or removed from the United States for a specified period of time, unless the Department of Homeland Security (DHS) chooses to terminate the deferral.

Currently no new registration for DACA is accepted except a renewal of existing holder.

The New Americans magazine spoke with Elvis Saldias, a recipient of DACA and an advocate with DACA Time, a community based organization “creating the TurboTax for immigration applications, focusing on creating a solution for DACA applicants first and seeing where we can expand from there.”

Elvis was born in Santa Cruz, Bolivia and came to the United States at the age of nine in 2001.

“My mother decided to move my sister and me to Northwest Ohio seeking better opportunities. We immigrated legally but our visas soon expired and, unable to renew them, we became undocumented. I grew up undocumented and have DACA today. I graduated high school in my hometown of Wauseon, Ohio and later received a bachelor’s degree from Ohio State University. Since graduation, I’ve stayed in Columbus and have primarily worked in the insurance industry. Now, I’m getting ready to start a new chapter as I go back to school in the fall to begin my legal career.”

“As the reality of my status set in around 10 years old, I became more reserved and mild-mannered.”

I arrived to the USA at the age of 9 and had very little expectations of what living here would be like. I only recall feeling excited about going on this new adventure in this new country.

I can’t say I had expectations of what life in the USA would be like before immigrating. I simply did not think too deeply about anything back then. However, shortly after my family’s arrival into the States, I learned of our undocumented status, but I did not initially know what it entailed. Within a year, I came to a better understanding that I had different right and opportunities compared to my classmates and that manifested itself in the way I saw myself and family.

As the reality of my status set in around 10 years old, I became more reserved and mild-mannered. In my native Bolivia, I had often been the kid that acted without thinking too much about the consequences. In the States, I avoided any type of attention, positive or negative; that I thought could make others look into myself and my family out of fear of our status being discovered. I did not grow up a fearful kid in Bolivia, but I became one in the USA.

“My initial reaction to DACA was that of excitement; enough so that I purchased my first car soon after the arrival of the program knowing full well that I’d finally be eligible for a driver’s license”

The exterior hallmarks of being undocumented became more evident during adolescence. At 16, I wasn’t able to test for a Driver’s Permit and consequently could not get a Driver’s License thereafter. I also could not work as employment authorization is not something undocumented immigrants technically have. In high school, my lack of formal identification also led to me not sitting for the SAT (Scholastic Aptitude Test), a test that requires government-issued ID.

I grew up in a white, working-class town in Northwest Ohio. While I took the standardized tests that Ohio requires to graduate, I did not take any college entrance exams due to my immigration status. It wasn’t abnormal in my high school to not take the SAT or ACT (American College Testing) as a good portion of the students was not college-bound, opting instead to enter the workforce or join the military after graduation.

My hope probably came from my youth and naivety around the political prospects of immigration reform. I simply wouldn’t have thought that this would become such a contentious issue that Congress fails to address year after year. As I grow older, I remain hopeful that this country will come to accept the millions of immigrants that aren’t yet American on paper. I think undocumented immigrants have to be hopeful because the moment we lose hope, we lose the drive that brought us here in the first place. Leaving one’s job, family, and friends behind to start a new life full of uncertainty and sacrifice is inherently hopeful.

My initial reaction to DACA was that of excitement; enough so that I purchased my first car soon after the arrival of the program knowing full well that I’d finally be eligible for a driver’s license. I also figured that DACA would be a first step in imminent legislation that would address and fix our immigration system. Although that hasn’t been the case, I remain thankful for the program and the opportunities it has enabled me to take advantage of since I first became a DACA Recipient.

I very much enjoyed college and I think that I transformed into the man I am today; thanks to the knowledge I gained from those years but also sacrifices I had to make to get a higher education. During my undergraduate years, I was primarily a full-time worker and part-time student. Things had to be this way because I came from a financially-strapped family and, having DACA, I was not eligible for federal student aid. This means that I paid for tuition out of pocket. Working in various restaurants and factories was how I funded my education.

I began advocating for immigrant rights the summer after college in 2016. This was also when now President Trump secured the Republican nomination for president. Candidate Trump ran a campaign filled with hateful comments to immigrants of color. As an undocumented immigrant of color myself, I felt offended at his comments and knew they were big mischaracterizations. When Trump secured that nomination, I realized that I had to speak out against the narrative he was selling to the rest of the country. During my advocacy, I’ve learned that my efforts have made a difference in showing others what undocumented immigrants are actually like; that we’re otherwise regular people that are your classmates, co-workers, and neighbors. I hope that my efforts contribute to legislation passing at the federal level in some way.

I am still involved in activism, although DACA and immigration reform aren’t currently in the political spotlight. I share my experiences by speaking at events and produce written materials from time to time. As an effort to elevate the change I’m able to make, I’m going to be starting law school in the fall so I can better understand how laws and policy are made.

I’ve learned that not everyone knows what the term DACA means. DACA or Deferred Action for Childhood Arrivals is a program rolled out by the Obama administration in 2012 that gives certain undocumented individuals that were brought to the US as children a work permit and  protection from deportation. There are currently some 5,000 DACA recipients in Ohio, 700,000 around the country, and another million are eligible for the program but do not have the status for various reasons