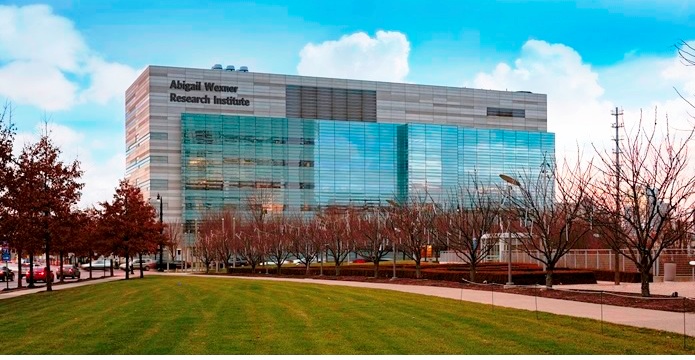 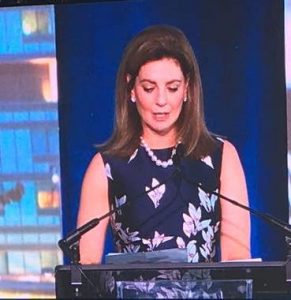 At the renaming which was witnessed by children and families that have passed through the hospital together with Ohio Governor Mike DeWine, the President of the Nationwide Children’s Hospital, Dr John Barnard said, “this renaming recognizes Ms. Wexner, whose ongoing, passionate advocacy has ushered in a period of unprecedented transformation at the hospital.

“During her more than 25 years on the board of directors, Nationwide Children’s has become one of the leading pediatric health care systems in the United States, and the Abigail Wexner Research Institute has become one of the most preeminent centers of its kind. Ms. Wexner’s partnership with her fellow board members, Chief Executive Officer Steve Allen, MD, and the Nationwide Children’s executive team made this evolution possible,” he added.

In his remark, Governor Mike DeWine said “we honor Abigail Wexner for her leadership, vision and her real understanding that research and medical care are tied together and that one informs the other and that research is not necessarily an abstract but that research has something to do with the fact that children will be taken care of as soon as possible.”

Also in her remark, Abigail Wexner said, “I am completely humbled and overwhelmed by today’s dedication. It is a wonderful moment to pause and take stock of a truly extraordinary progress that this hospital has made over the last decade and a half.

“It is a day to reflect on a million and half children and families who walked through our doors each year and whose lives we help to improve and often saved with thoughtful and compassionate care and the kind of groundbreaking research that we celebrate today,” she added.

Ms. Wexner began serving on Nationwide Children’s board in 1993 and acted as board chair for seven years from 2005 to 2012. During her tenure as chair, Ms. Wexner led the hospital through the largest expansion in its 127-year history, including completion of a 12-story hospital building and a third research building with more than $1.2 billion in regional economic impact.

In nearly 13 years as CEO, Dr. Allen helped build Nationwide Children’s into a renowned pediatric research institution, including overseeing an increase from $41.7 million to $81.7 million in external research awards. Nationwide Children’s is currently ranked fifth in the country for National Institutes of Health funding among freestanding children’s hospitals. The hospital’s annual research budget is now more than $190 million.

The Abigail Wexner Research Institute is a hallmark of the exceptional momentum of Nationwide Children’s Hospital. The Institute occupies 525,000 square feet across three buildings on the hospital’s main campus dedicated to basic, clinical, translational and health services research that allows rare investigational opportunities in genomics, tissue engineering and gene therapy.

“I am extraordinarily proud of the significant impact that Nationwide Children’s Hospital is having, not only on the well-being of Central Ohio’s children, but also the advances in research that support the health of children around the world,” said Abigail Wexner.

“Impact of this magnitude doesn’t happen without visionary leadership, dedicated staff and a supportive community.  It has been an honor to work alongside Dr. Allen and the team and witness firsthand the transformation of this institution.  One simply cannot help but be inspired and want to do as much as possible to fuel further advances.”

Ms. Wexner was at the forefront of strengthening the central Ohio community’s response to family violence through the successful merging of the Center for Child and Family Advocacy with the Columbus Coalition Against Family Violence to create The Center for Family Safety and Healing on the campus of Nationwide Children’s. Since its inception in 2011, Mrs. Wexner has served as board chair.

The Wexner family has provided crucial philanthropic support for Nationwide Children’s. With their most recent $20 million gift to The Center for Family Safety and Healing, in tandem with funds raised through the New Albany Classic, the Wexner’s cumulative personal giving and philanthropic impact now exceeds more than $80 million. This transformational funding has enabled Nationwide Children’s to expand clinical and research programs as one of America’s premiere pediatric leaders.

“This dedication is a fitting tribute to Abigail Wexner and her tireless vision for advancing the mission of Nationwide Children’s Hospital,” said Dr. Allen. “The Abigail Wexner Research Institute has attracted some of the brightest minds in pediatric medicine, and their discoveries have already led to lifesaving treatments. The institute’s continuing work in genomics, gene therapy, tissue engineering and other cutting-edge fields will shape the future of children’s health care. I am honored that the Allen Distinguished Scholar in Pediatric Research will be a part of these far-reaching efforts at the Abigail Wexner Research Institute.”