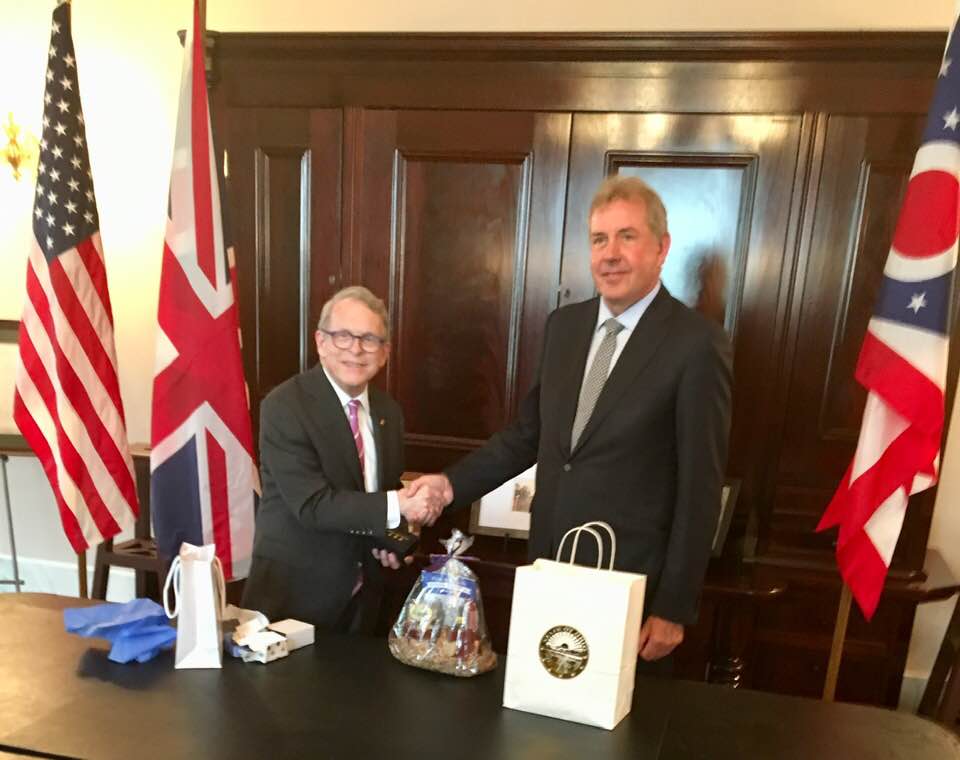 “I wish we could do that!” Ohio State Governor Mike DeWine responded when I asked him if there will be a direct flight between Columbus, Ohio and London, United Kingdom after his meeting with British Ambassador to the United States, Sir Kim Darroch at the Statehouse on Thursday, April 25. The visit by Sir Kim Darroch discussed trade and economic development between Ohio State and Britain.

An interaction earlier with Sir Darroch became livelier when it came to FOOTBALL or Soccer as we call it here. He is impressed with the accomplishment of the English Premiership League, EPL being one of the most successful football leagues in the world, mentioning the Spanish and Italian football leagues as doing well too. But Sir Darroch is hoping his favorite club, Chelsea FC, will rise to the summit of the EPL again, acknowledging that they are not doing well at the moment.

On the meeting with Ambassador Darroch, Governor DeWine believed that “significant works will be done to enhance trade between Ohio and Britain.”

According to him, “the natural advantages are common language and long history. There still remains a special relationship between Britain and the United States. It continues no matter whom the President is or who the Prime Minister of Great Britain is and no matter what year is, that relationship still continues.

“If we look at what we export to Great Britain aerospace it is certainly very high on that list and we will continue to explore possibilities to continue to increase that. This is frankly where JobOhio comes in and our development agency in a follow up conversations about what we can do to enhance the trade,” Governor DeWine added.

It was the commem 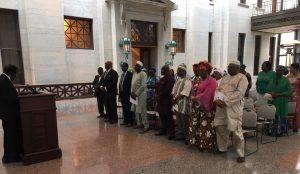 The keynote address was by the Board Chairman, Sierra Leone Maritime Administration, Umaru Dumbuya who encouraged Sierra Leoneans in America to invest in Sierra Leone to support the current development going on in the country.