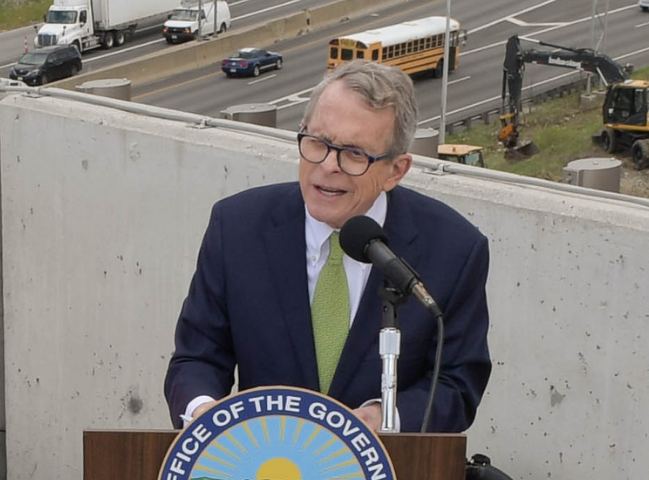 Ohio Governor Mike DeWine has described as culturally unacceptable to drive while texting, or eating, or dialing a phone and should be “as drunk driving is today.”

Speaking at the formation of a permanent Distracted Driving Advisory Council, Governor Mike DeWine said that, “When drivers choose to do anything that distracts them from paying full attention to the road, they choose to risk their own lives, the lives of their passengers, and the lives of everyone else around them.

“Now is the time to create a long-term, comprehensive plan that educates drivers, promotes changes in behavior, and strengthens Ohio’s distracted driving laws.”

The creation of Governor DeWine’s Distracted Driving Advisory Council follows the release of a report issued by the Ohio Distracted Driving Task Force, which was formed by the Ohio Department of Transportation (ODOT) and Ohio Department of Public Safety (DPS) in 2018 to examine the scope of the distracted driving problem in Ohio and make suggestions on reducing traffic crashes, injuries, and fatalities. The report recommends changes in state policy, changes to Ohio law, and enhanced distracted driving education for young drivers.

According to the task force’s report, Ohioans age 16-20 had the highest number of distracted driving crashes between 2013 and 2017, followed by drivers between the ages of 21-25.

Governor DeWine urged the Ohio Department of Administrative Services to enhance the driving policy for state employees, which currently only prohibits texting while driving fleet cars but does not reference other types of distracted driving.

The new advisory council will work with DPS to determine how to enhance distracted driving education in Ohio’s driver training curriculum. ODOT is also partnering with The Ohio State University’s Risk Institute to study messaging proven to be effective in changing driver perceptions, attitudes, and behaviors.

Because drivers don’t always admit to distracted-driving, the actual number of distracted driving crashes, injuries, and deaths is believed to be significantly higher.

Overall, traffic fatalities have increased in Ohio in four of the past five years, with smart phone distractions believed to be a contributing factor.

A study by the Virginia Tech Transportation Institute found that engaging in visual-manual tasks, such as reaching for a phone, dialing, or texting with a handheld or portable device tripled the risk of a crash.

Ohio law bans the use of any electronic wireless communications devices for drivers under 18. Texting while driving is illegal for all drivers but is a secondary offense for drivers 18 and above.