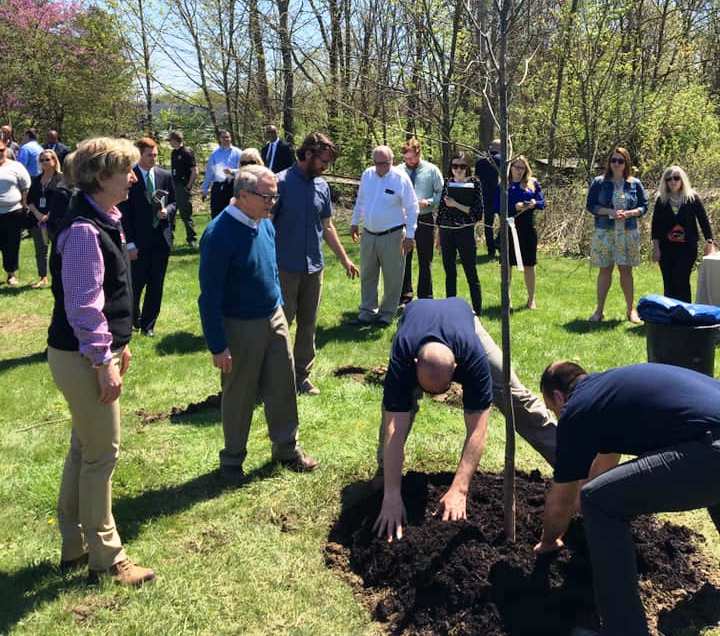 Ohio State Governor Mike DeWine has said that the $550 million in proposed budget for early childhood development in the State will help solve problems of kids who go to school hungry, traumatized and with health issues.

Governor Mike DeWine who spoke with journalists after planting a tree at the Ohio Department of Natural Resources, Columbus to mark Earth Day said that, “our budget is really focusing on early years in child’s life and also on our K-12.”

“That money that we have set aside in the budget will go directly to deal with those problems. And solving those problems is essential to us if these kids are going to learn and be up to the standard we want them at,” he said.

On the event of the Earth Day and H2Ohio Initiative plan, Governor DeWine noted that, “You don’t have to go very far to find a community that has water challenges. You find in small villages where they simply they don’t have money to deal with septic tanks situation to put a sewage system in. That should be a priority. We proposed $900million for that.”

He commended the staff of the Department of Natural Resources for touching the lives of the people of Ohio by the work they do.

“The people of Ohio go to the State Parks and it is a great experience. We have very professional and very dedicated core of people at the Ohio Department of Natural Resources. Thank you for your dedication and for everything that you do.”