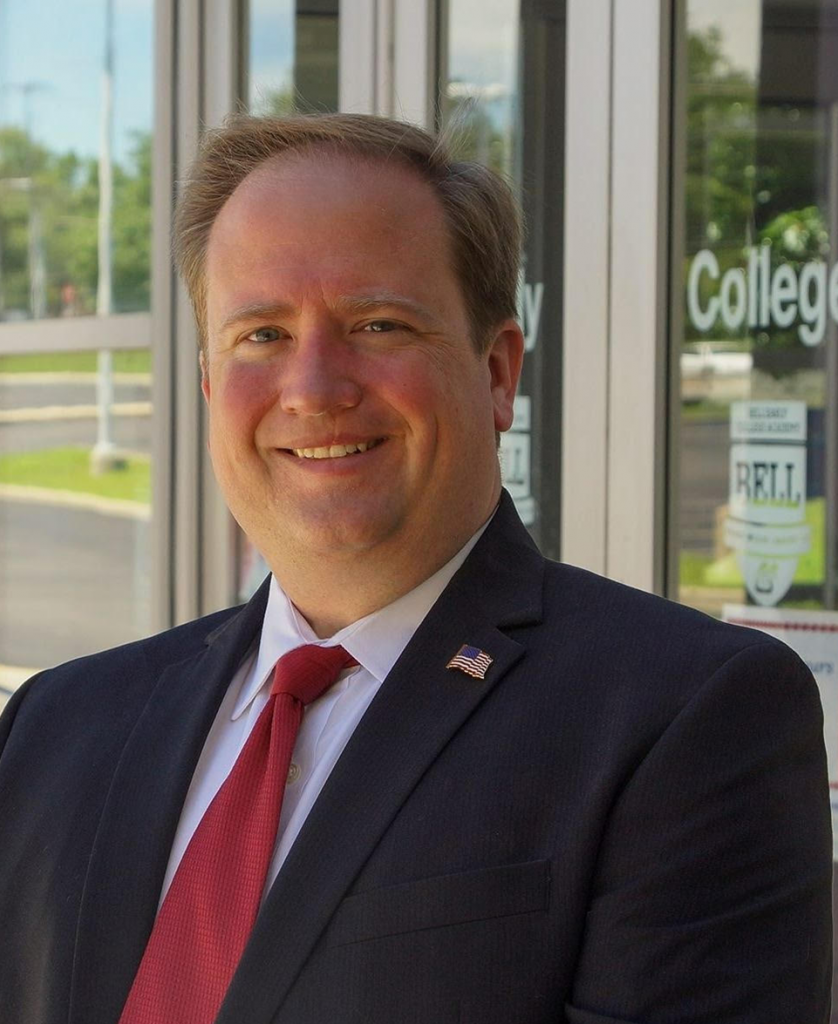 Joe Begeny serves as the President, Board of Education of the Reynoldsburg City Schools, Ohio and has been a resident of Reynoldsburg for the last 15 years along with his wife Tori and their children Jonathan and Alex.  As a teacher and parent, working and serving a diverse community as Reynoldsburg, and now, running for the position of Mayor of the City in 2019 is another opportunity to elevate the community.

A suburban community in the Columbus, Ohio metropolitan area with a population of 35, 893 at the 2010 census,  Reynoldsburg is a city in Fairfield, Franklin, and Licking counties in the U.S. state of Ohio.  Joe Begeny spoke with Contributing Editor, Tatiana Bozhinovski about his motivation, goals and the great contributions and impact new Americans are making in the City.

Joe began his career in Human Resources at the United Parcel Service, UPS Campus in the south side of Columbus. One of his many accomplishments while he was there was starting a Spanish speaking program for the employees; and also working with COTA bus service to make transportation more accessible to individuals in order to provide better opportunities for new Americans. 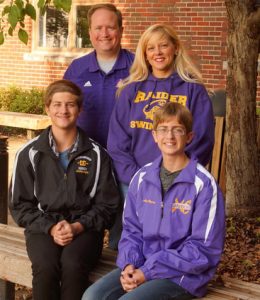 At the same time, his wife, Tori started her teaching career, and Joe, being a big fan of history, offered her ideas on some history lessons. Tori suggested that Joe becomes a teacher.  He went back to school, graduated and for the last 15 years has been teaching American History in Columbus City Schools (currently at Beechcroft HS).    His students come from different countries of the world and Joe has been able to learn a vast amount about different cultures.

“We are a community of families where everyone can go around and say ‘hi’ to the neighbor in the other yard, and have those conversations.”

He got into politics by compulsion because throughout his teaching career there have been many issues in the state of Ohio and much of frustration amongst teachers, students and parents; issues that multiplied, but did not get better. He decided to run for Reynoldsburg’s School Board.  “Who is better to tell what’s going on in the district and what the challenges are, than a teacher on the front line?” The first attempt was unsuccessfully, but he came back in 2013/14 school year. This was the year of the labor issues and Reynoldsburg’s teachers’ strike.  Though this was a difficult time for the city, Joe saw it as the turning point.

“The community came together and they sought change”. With that, the dynamics of the Board of Education was changed and there was new leadership.

“Since then, we have seen great changes, like hiring more teachers, elective classes, providing opportunities for students to have career and college level courses in high school”

With confident in the future of Reynoldsburg, he foresees “many great things to come such as in economic opportunities and building partnerships with schools, among other initiatives. Most importantly, for the kids in Reynoldsburg to get the best education possible, come back from college and start their career in Reynoldsburg as their home.”

The last decade has seen Reynoldsburg becoming much diverse and Joe believes that “the diversity is the strength of the city”.

According to him, the diversity has brought “a little bit of color to our community with the house designs, landscaping and gardens, with so many walking up and down many streets of the city talking to neighbors.

“We are a community of families where everyone can go around and say ‘hi’ to the neighbor in the other yard, and have those conversations. It’s nice to see all members of the community, especially our new Americans, so they can look around and get to know all the neighbors, and for the neighbors to get to know them.”

He described the new businesses opening up in the city and mostly owned by new Americans as “a representation of the United States; these are people living in our community, pushing that American dream, so they can express what they want to and be a part of this community. And that is a fabulous way of integrating in our society!”

As a history teacher, Joe talks to his students about immigration every year. He believes that there are not nearly as many services offered now as there were 100 years ago.

“For example, we don’t have the settlement homes, or enough facilities to learn the language and customs of the US.

“Most of everybody now is on their own. But this may not be a barrier for many Reynoldsburg’s new Americans. They are not the ones that just stay behind closed doors. They do get out, whether walking, or participating in civic events.

‘Two years ago, many participated in the City’s 4th of July parade waving American flags. It was a great thing to see. It was everything you are supposed to see from an immigrant. They came, they had the flags waving and they wanted to be with everyone else. That was special!”

If elected as Mayor of the City of Reynoldsburg, Joe Begeny said, “I would welcome immigrants from all over to come to our city. The very fabric of America is made up of diversity since the beginning of the founding of the nation. Reynoldsburg is diverse and should be proud. Look at the changes and good things that have come in to the City. Diversity should be embraced and taken advantage of. We could all learn from each other and our differences. This will make us a brighter and more vibrant society.

“People are welcome here, and we want you to be a part of our community.  We want to learn from you just as much as you want to learn from us because we are all here to make our city a better place. I am proud that Reynoldsburg has that kind of diversity and it is something that we can all embrace.”

Interestingly, Bhuwan Pyakurel, a Bhutanese American resident of Reynoldsburg also announced his intention to run for city council member same day as Joe Begeny announced to run for the position of the Mayor of Reynoldsburg. “Bhuwan is everything that you would want out of somebody to represent the community of Reynoldsburg,” Joe said.