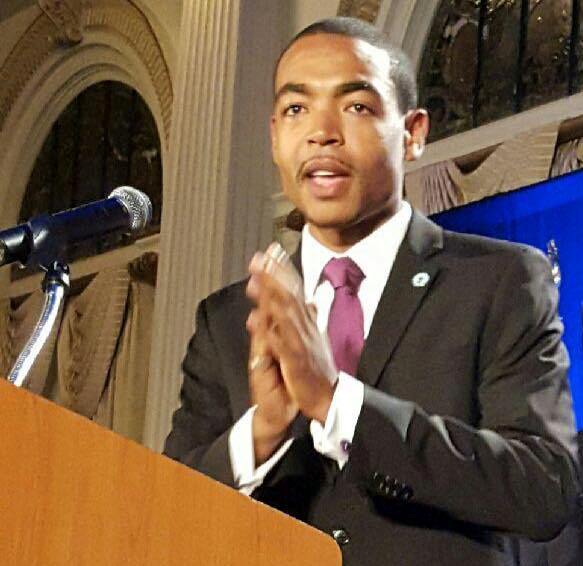 A statement from the Columbus City Council said that, “this committee has the lead responsibility for developing NLC’s federal policy positions on issues involving transportation, including planning, funding, safety and security of public transit, streets and highways, aviation, railroads and ports.”

“Transportation is about connecting Columbus families to jobs, education and healthcare. I look forward to working with Central Ohio’s congressional partners as we create a transportation system that works for all of us,” he added.

As a committee member, Hardin will play a key role in shaping NLC’s policy positions and advocate on behalf of America’s cities and towns before Congress, with the administration and at home. NLC President and Gary Indiana Mayor Karen Freeman-Wilson announced the appointment.

“Our federal advocacy committees help ensure that policymakers in Washington know what’s happening on the ground in our communities – and what is needed from our federal partners,” said Mayor Karen Freeman-Wilson. “I am proud to have Columbus Council President Shannon Hardin join NLC’s Transportation and Infrastructure Services committee on behalf of his residents. Together with a team of local leaders from around the country, we will work to solve the most pressing challenges facing our communities.”

In the largest increase in the last five years, the City of Columbus, Ohio increased its spending with minority suppliers for City contracts by 50% from 2016 to 2017, spending more than $53 million on prime and subcontracts. A total of 12.5% of City contracts were awarded to minority- or women-owned businesses. 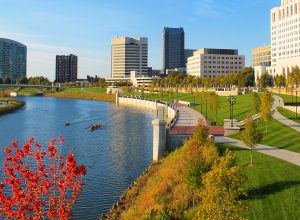 “One of my goals has been to expand the use of women- and minority-owned businesses for City contracts to show our commitment to the economic growth of all businesses,” said Mayor Andrew J. Ginther. “I want to make sure that the city procures the best services, while also providing equal opportunities for all qualified businesses to compete for contracts.”

At the City, supplier diversity represents the promotion of economic inclusion for minority and women-owned business by creating added value to the City’s sourcing and procurement processes.  This is accomplished through intra-departmental collaboration and the integration of diversity best practices, timely market research and continuous improvement processes.

To be certified with the City of Columbus, minority and women-owned firms need to complete the certification application and supporting documents available on the City website.

“Central to our success in diversity and inclusion is the commitment, leadership and collaboration of numerous partners, internal to the City and within the greater Columbus community at large,” said Damita Brown, Interim Director of the Office of Diversity and Inclusion. “Supplier diversity is evolving from a check-the-box corporate social responsibility requirement to a strategic enabler that makes us more competitive as a community and open to all.”

In 2016, $45 million – or 8.4%% of city contracts – was spent with minority suppliers. Supplier diversity has not topped 9% in the last five years. The increase from 2016 to 2017 is significant because it happened without policy changes or mandates.

“I am pleased that we have seen this increase occur organically, without policy changes, through collaborative efforts between city departments and the Office of Diversity and Inclusion – and I expect this trend to continue,” said Mayor Ginther. “Once the disparity study is completed early next year, we will be able to prepare a roadmap for necessary policy changes to ensure minority- and women-owned businesses have a fair chance to compete for City business.”

The Franklin County Board of Commissioners has unanimously approved $461 million for the county’s 2019 budget as County Administrator Kenneth N. Wilson says it will keep the county on a stable path, protect its finances, and reflects the commissioners’ commitment to the residents of Franklin County. 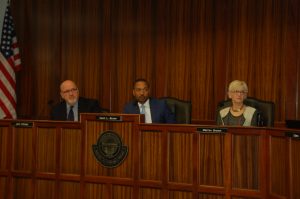 “Whether it’s access to quality childcare, opportunities for economic mobility, maintaining public safety or health services,” said Wilson, “our residents’ concerns are our concerns.  And the commissioners are focused on the dual goals of protecting the county’s resources and meeting the needs of a growing community.”

The county commissioners oversee 14 county agencies directly, and set the budget for all other agencies and elected offices as well.

The 2019 General Fund budget totals nearly $461 million, but is still almost 2% less than 2018 expenditures, and will allow the commissioners to set aside $5 million for contingencies, bringing the county’s cash reserves to more than $196 million.  This fiscal prudence helps the county to remain one of only a small percentage of local governments that maintains a Double Triple-A bond rating.  As usual, more than 56% of the General Fund budget, which is made up mostly of taxes and fees, is budgeted to justice and public safety purposes such as the courts and sheriff’s office.

“Keeping the county’s finances in order is of utmost importance,” said Board President Kevin L. Boyce.  “It ensures that the county’s resources are being used effectively and to achieve our desired impact of providing the best possible quality of life for each of our residents.”

The county’s 2019 All Funds budget totals more than $1.7 billion, nearly forty-three percent of which funds social services agencies such as Job and Family Services, ADAMH, the Office on Aging, the Board of Developmental Disabilities, and the Veterans Service Commission.  The All Funds budget includes the General Fund as well as monies that come largely from state and federal grants.

“This budget lives up to our responsibility to serve every resident, every day,” said Commissioner Marilyn Brown.  “We strive to create a strong, safe, and sustainable community by providing services and resources for residents at every stage of life.”

“We’ve done non-partisan voter outreach in this county for more than a decade to help people to know things like where and when they can vote early, and what the ID requirements are,” said Commissioner John O’Grady.  “Next year, we’re rolling out $12 million in new voting machines with an entirely new operating system and way of voting, so voter education will be even more important than ever.”