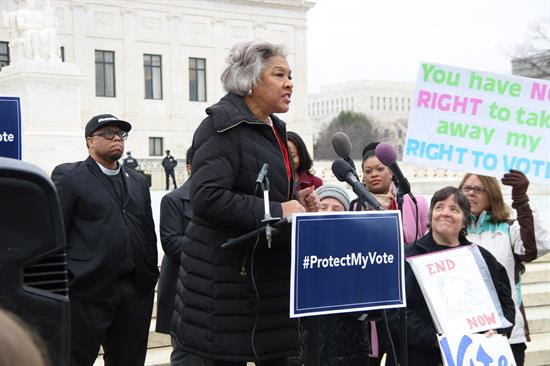 U.S Congresswoman Joyce Beatty, representing Ohio 3rd Congressional District has put her weight behind the U. S. Department of Housing and Urban Development’s recently awarded $30 million to public housing authorities, part of which to assist young people at risk of homeless and their families to obtain affordable housing.

The U.S. Department of Housing and Urban Development (HUD) recently awarded $30 million to public housing authorities, including more than $458,000 for the Columbus Metropolitan Housing Authority, to assist young people at risk of homelessness and their families obtain affordable housing.

The $30 million in federal funding was made available through HUD’s Family Unification Program (FUP), a national initiative to prevent family separation due to homelessness, as well as homelessness among foster care aging-out youth.

U.S. Congresswoman Joyce Beatty (OH-03) is a longtime champion of FUP and has led the coordinated, comprehensive effort to tackle youth homelessness in Congress. Beatty spearheaded a congressional letter urging her fellow lawmakers to provide $20 million federal funds for FUP, a request that was ultimately included in the government funding bill, H.R. 1625, which became law on March 28, 2018.

“Throughout my time in Congress, I have worked with Democrats and Republicans alike to shine a light on the countless young people and their families who do not know where they will sleep at night,” Beatty said.

“This new funding will help the City of Columbus better address and meet the needs of countless Central Ohio families who simply need a helping hand to get off the streets. Going forward, I pledge to do everything in my power to ensure Congress continues to play a leading role in assisting our most vulnerable Americans.”

In addition to their FUP appropriations request, Beatty is the lead Democratic cosponsor of the Homeless Children and Youth Act, H.R. 1511, a bill to expand federal assistance eligibility to young people bouncing from house to house—commonly referred to as “couch surfing.”

Further, she sent another letter in May 2017 to HUD urging them to allocate federal funds for the creation of a demonstration project in Ohio to fight youth homelessness. This strong advocacy proved crucial to securing a $6.07 million two-year funding agreement earlier this year for the City of Columbus’ Community Shelter Board to tackle area youth homelessness.