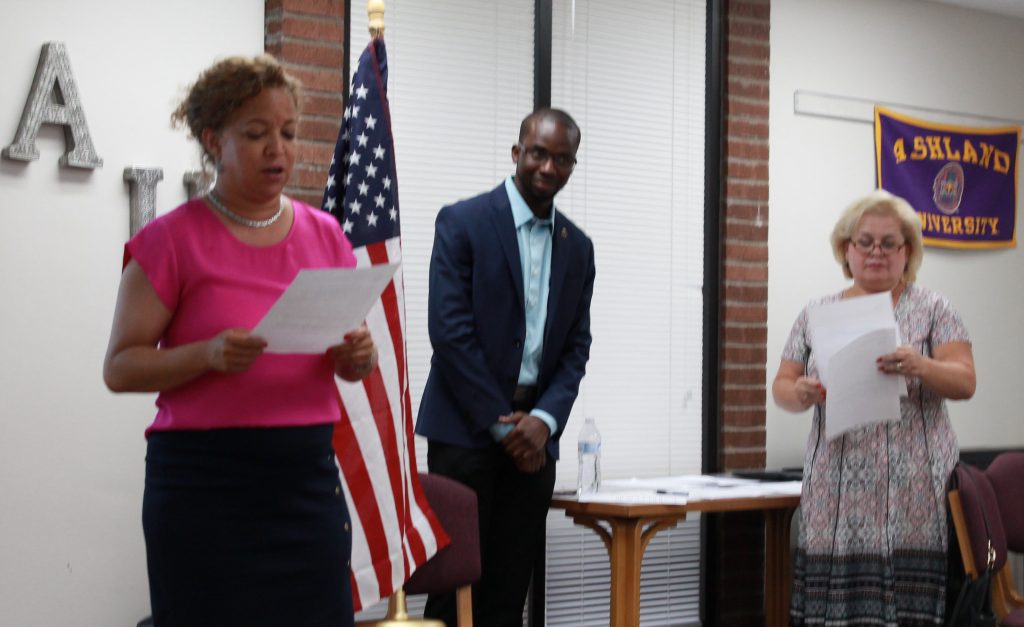 The New Americans magazine celebrated One-Year anniversary on Tuesday, July 10, 2018 at the Ashland University Columbus Center with diverse guests, dance and reading of essays by Summer School students from the ETSS Columbus. 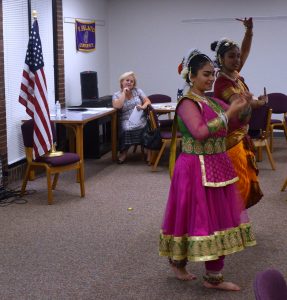 Guests were treated to dance performance by students from the Ratanpur Tarana Dance School.

The members of Editorial Advisory Board, Dr Seleshi Asfaw, Tobias Iloka and Todd Hager were honored at the event along with Contributing Editor Tatiana Bozhinovski and Contributing Writers Dr Awatif Elnor, Patrick Olabode and Pedro Mejia.

The event was rounded off with contributions, coordinated by the President of Carnegie Management Services, Oye Olatoye.

The Essays by the ETSS Summer School students are enthralling as from pure hearts of the writers:-

“America is the land of the free and home to the brave.”

Our nation united through our differences and fueled by the young bright minds. Our diversity sets us apart from most nations. We are Black, White, Gay, Straight, Muslim and Christian.

This country was built by people around the world who came together to form a country we are proud to call home. We have fought in cold wars and created inventions that changed history forever.

We have solders risking their lives for ours. We have created a civilized nation that we are living in and improving every day.

No nation is perfect but what sets our nation apart from others is the way we are looking into our flaws to improve them.

We have education that is extraordinary; everyday a person can find new element or a new organ. Helping us find out what comes next.

We can’t go and change our past but we use our past experience to prepare us for the future. We strive for greatness as a nation; because greatness is not given to us but is what we earn. We have made it through many years and there are more to come but we will be ready for them. We will be smarter, stronger, and faster.

We as a nation do many things. We have many musical phenomenal that has been hits internationally; as well as movies. We have sport legends, singers, actors and chefs. A nation is not just built of what people need but also what people want like entertainment, love and affection, positive and more. We don’t just focus on people’s needs but also on their wants.

Our nation’s diversity is not what holds us back but is what sets us out.

My mom came to America with nothing but hope in her pockets. She lived with her best friend and her uncle. She barely spoke English but she knew she had many opportunities in America. Her and her roommates each worked two to three jobs, seven days a week to get closer towards her dreams.

Just like thousands of their immigrants she worked extremely hard to achieve her goals. She and her roommates knew that they would have to go through hard times to eventually get on their feet and become successful.

They were all united to achieve their dreams. In time they each formed their respective families, lived successful lives and became living examples of the American dream.

They served an example that there is strength in unity, that success means sacrifice and that it is possible to be free in a nation where anything is possible.

By Samrawit Fasha and Mera Mengasha

We love America so much because it’s the only place we get to wave our flag, we are from Ethiopia and we get to share that in America.

These are the reasons why we love America.

The country of the bold and independent

From the new to the old, from the hospital to the grave

We are all not the same, even though we may be very different, we still are One Nation

Alike by being Americans; different by our ancestry, but yet still One Nation