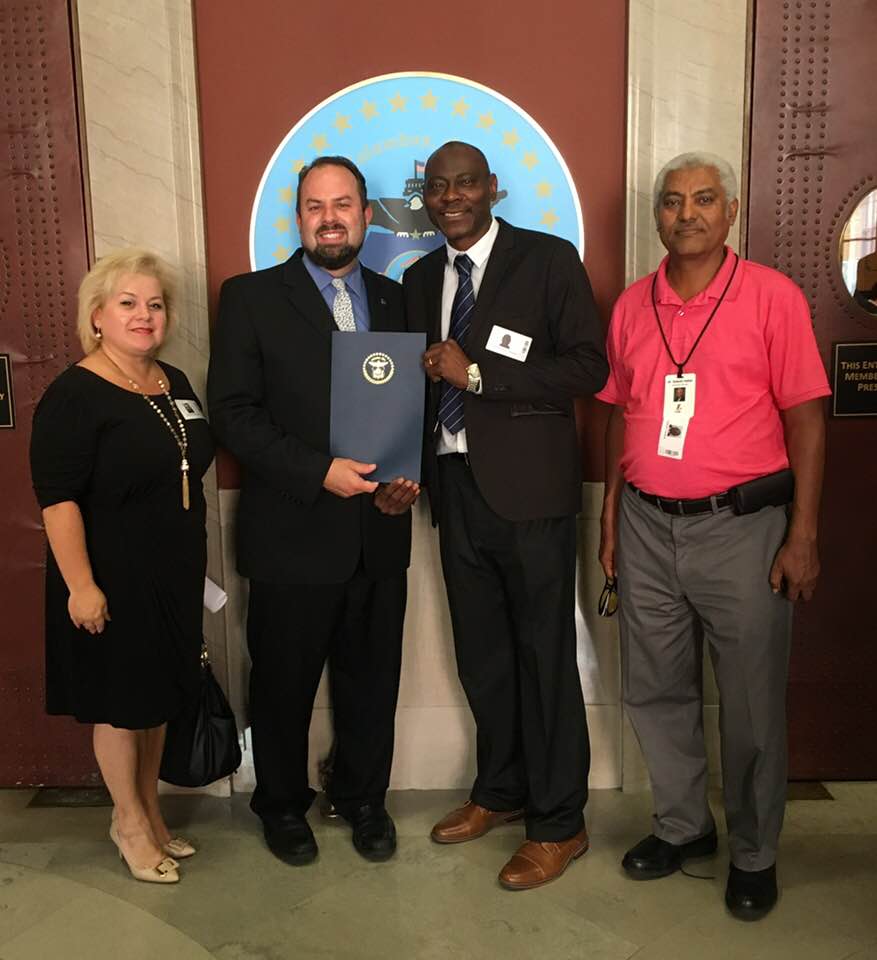 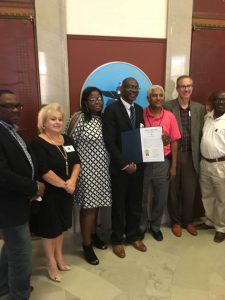 As Councilmember Emmanuel Remy read to the packed audience in the hall, the Editorial Advisory team of Dr Seleshi Asfaw, Todd Hager and Tatiana Bozhinovski with the Publisher, Deba Uwadiae marched gracefully to the podium to speak.

In his address, Councilmember Remy said the “City of Columbus is dedicated to providing every new American with the opportunity to thrive and live a safe and happy life.

“The New Americans magazine is one way that members of our new American community are connecting with resources,” he added.

And the resolution, which also enjoyed the sponsorship of other council members, Elizabeth Brown, Michael Brown, Jaiza Page, Michael Stinziano, Priscilla Tyson and Shannon G. Hardin concluded with “Be it  resolved by the Council of the City of Columbus: That this Council does hereby recognize and celebrate the one-year Anniversary of the New Americans Magazine in the City of Columbus.” 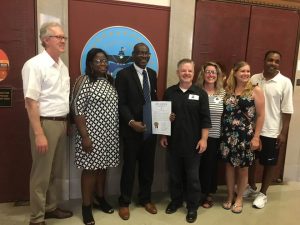 In his speech, the Publisher/Editor-in-Chief of the New Americans magazine, Deba Uwadiae described the resolution as “a great honor and privilege.”

He said that the magazine will continue to circulate free “because we want our community to continue to have easy access to information, education and entertainment.”

While commending the Department of Neighborhood, of the City of Columbus for its partnership, Deba Uwadiae said the magazine was “looking forward to partnering other departments, agencies and organizations so we can increase the circulation and print run. 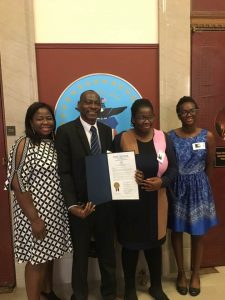 “Although we have not been able to print more than 300 copies at our best time, our goal is to have a print run of 3,000 copies and more in the next one year” he added.

According to him, “as part of our future engagement we hope to start promoting excellence in our community. We look forward to working in any collaborative area with the City Council and once again thank you for this honor bestowed on the New Americans magazine.”