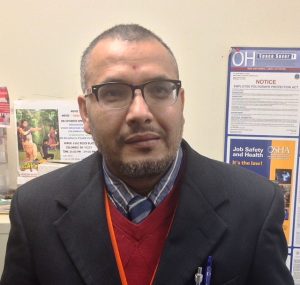 Bhutan is located in between China in the North and India in the South.  It is known as the land of thunderbolt, meaning – “The Land of Dragon”.

This nation has not been well known to the world because it has been under the complete dominance of India. Even its foreign policy has been directed by India and subtly has complete control over her internal affairs.

It is fully dependent on India for raw materials, clothes, medicines and automobiles, and in return supplies her naturally grown oranges, cardamom and ply wood to India.

People of both countries do not have to produce transit permit to cross border, in the sense that these two countries share open and porous borderline, which seems somewhat awkward to most of other nations in the world.

This country has been ruled and dictated to by the so called “Wangchuk Dynasty” who thronged into this tiny Himalayan region from Tibet to escape persecution and grab power as situation progressed.

It is no surprising that this so called “Ngalongpa”, the ethnic name of the clan in Bhutan ruling the country, has controlled power for about 120 years, thus running it like a family estate.

How and under what circumstances can a regime sustain for so long? There have been uncountable numbers of crimes – such as blatant attack on civil liberty, confiscating public property, substituting names on ownership, resettling resident from the Northern Bhutan, changing all signage and public places name into the “Drukpa name”.

But still after committing heinous crimes by undermining the international law neither its donor nor the champions of democracy in the world could defend the plight of tens of thousands of innocent Bhutanese in the early 1990s.

This mass persecution has created a lot of social and economic burden to Nepal, at a time when India was supposed to provide them shelter per the treaty of 1949 signed between India and Bhutan. India, instead of mediating in the “Bhutan Refugee Issues” maintained complete silence.

In a way, India has lost that trust of people that expected her genuineness and credibility to be a strategic and regional player in South Asia.

Interestingly, Bhutan is said to have (GNP) “Gross National Happiness”.

How can a nation after evicting one third of her citizens have gross national happiness; when 6.4 percent of her population is unemployed, 2.3 percent of young citizens are addicted to drug and 4.3 of all high school graduates do not have access to university education.

Those believing in the concept that “Bhutan has really implemented the campaign of Gross National Happiness” must be the direct product of ethnic cleansing propagated by the Bhutanese government due to which tens and thousand of Bhutanese of Nepali dialect had to be forced into exile for over 20 years in the UNHCR sponsored refugee camps in the Eastern Nepal. These exiles have become North American and European citizens after their chances of returning to their original home had been completely shattered by the government of Bhutan.

“And for the purpose of investment the government must make credible and farsighted commitment to secure that environment of investment in Bhutan for people Bhutanese in Diaspora will continue investing elsewhere in the world.”

They are offered third country resettlement through the burden sharing program among the core countries like Australia, Europe, USA and Canada.

Bhutanese communities around the globe have been the tangible plethora of dedication of hard working, patriotism, peaceful and vibrant people contributing to the national economy of the global world.

Therefore, at this point we want to offer the government of Bhutan couple of options that we could all agree on “right of travel” transit to Bhutan by the global Bhutanese to view their country, enjoy the scenic beauty and invest in the private sector for the peace, prosperity and economic growth as NBR, Non-Bhutanese Resident.

For this to happen, Bhutanese government will need to lift the ban and make visa available to the Bhutanese living around the globe; government should make the environment conducive enough to provide adequate safety, security and complete well being of these visitors.

And for the purpose of investment the government must make credible and farsighted commitment to secure that environment of investment in Bhutan for people Bhutanese in Diaspora will continue investing elsewhere in the world.

Bhutan National Day – what are we really celebrating

The dividing line between patriotism and nationalism can sometimes become blurred. For the rese ...