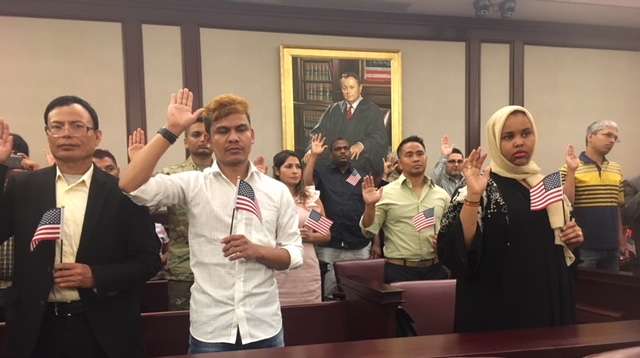 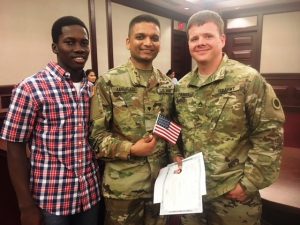 The U.S. Citizenship and Immigration Services (USCIS) will celebrate the 242nd anniversary of the Declaration of Independence, and the nation’s birthday, by welcoming more than 14,000 new citizens in nearly 175 naturalization ceremonies between June 28 and July 10, 2018.

The Independence Day activities will kick off with a naturalization ceremony at the Bexar County Courthouse in San Antonio, Texas on June 28. During this event, USCIS Director L. Francis Cissna will deliver congratulatory remarks to 37 new Americans.

“The naturalization ceremony marks the end of the journey toward citizenship, just as it marks the start of new lives as American citizens,” said Director Cissna. “We are humbled to be able to share in this moment of pride, joy, and personal triumph.”

In a statement the USCIS said it  “is committed to promoting awareness and understanding of citizenship by offering a variety of free citizenship preparation resources for applicants and teachers, including materials like the Establishing Independence (PDF, 2.41 MB) lesson plan in the Citizenship Resource Center. Immigrant-serving organizations can register to receive a free Civics and Citizenship Toolkit to help lawful permanent residents prepare for naturalization.

The USCIS urged the “new citizens and their families and friends to share their experiences and photos from the ceremonies on social media using the hashtags #newUScitizen and #4thofJuly.”