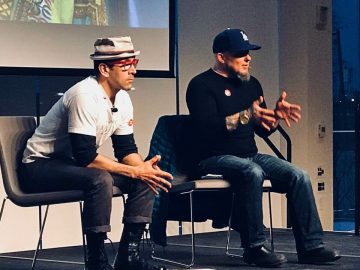 Keida Mascaro, Film Producer/Director and Jeff Newman, Film Producer/Writer are two creative minds interested in passionately telling the new American story. Distance has not been a barrier to the two as Jeff works in Los Angeles while Keida works in Columbus, Ohio. 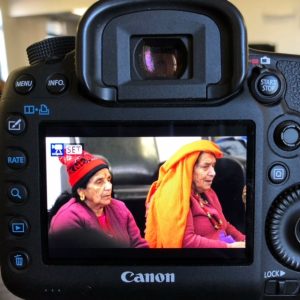 A time with Keida and Jeff at the Upper Cup Coffee place in Columbus revealed two enthusiastic men with mutual drive to work and research and ultimately produce a film the world will for long remember and reference.

The current menu on the stable of the Rich Street Film Company is a story and in their own words:  “a young Congolese man has endured the impossible life of a child soldier to resident refugee in the war state of Congo, desperately looking for his broken family. Leaving everything he knows, he departs Africa grasping at an opportunity to come to America on a special visa. Will he be able to navigate the challenges of new found cultural and linguistic barriers, along with an ever increasingly weary America?”

According to Jeff and Keida, “one of the most exciting aspects of this film and series has been the research and development phase of the production. We decided very early on that we were going to make a dramatic narrative piece that would be curated out of rigorous local research.

“We felt it was vital to the success of the production that we take the time to mine local stories from actual community that resides in our city. There are many books that have been written about the refugee and immigrant experience, and we will make sure to take advantage of these materials as we write the script. But we know from experience that there are many local details and nuances that we need to get right if we are going to successfully represent people’s stories in this project,” they said.

After weeks of intense work in Columbus, Ohio, they said, “the experience has been both thrilling and very difficult. It takes many hours of team building and pre-interview meetings to build the trust and network to begin to find the right opportunities for research.

“An added bonus to choosing this direction was being able to intimately involve the community in the project, which we felt would exponentially expand the value of the film, both on screen and in the community. We can’t stress enough our priority of making a responsible film on a very complicated and emotionally charged subject. Our feeling has always been, to achieve this, we had to put the time and effort in to get close to our refugee and immigrant communities, to get the stories right. We have been very proud of the results,” they added.

Also Jeff said, “all of our interviewees have been through recommendations and through people we have met while talking about and inquiring about the immigrant, refugee and asylee community. “

And when will the filming start? Jeff answered, “We are aiming to start filming in spring 2019.  I am concentrating on writing the first draft of the script.

The interviews have been fundamental in helping us develop our characters and draw from the interviews a tangible narrative that could conceivably happen while touching upon life events that have been shared by immigrants, refugees, asylees and citizens alike.”