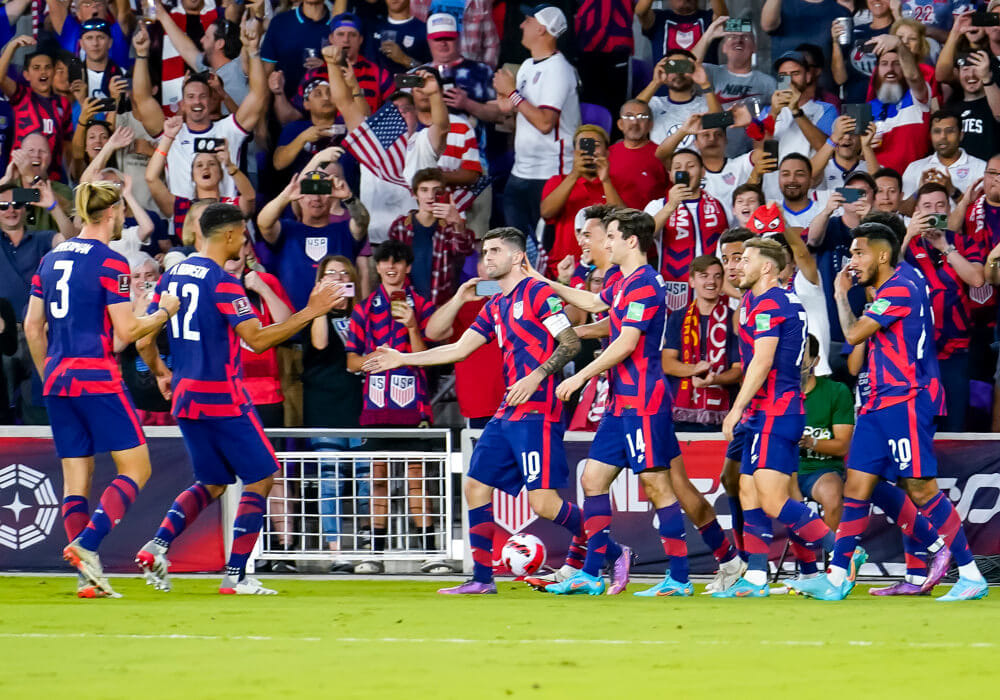 Although the USA Men’s Soccer team is coming off a disappointing 3-1 loss to the Netherlands in the round of 16 on Saturday, December 3, 2022, they should be proud of themselves for playing so well in the 2022 World Cup in Qatar.

The three games they played during the group stage were something they could build on and look ahead to when they co-host the 2026 World Cup.

They went 1-1 against Wales and a scoreless match against England. They had to defeat Iran in a must-win to advance to the knockout stage, and they did. Although they did make it out of group play, only scoring two goals and zero coming from their striker is an issue.

And for the team to make some noise on the international stage, they must fix some of its flaws, and having a better striker is one of them. “We don’t have someone who can take the ball, spin someone, roll them in the box, dribble through someone and then score a goal,” U.S. Soccer legend Landon Donovan said on Saturday’s episode of Alex Laila’s State of the Union Podcast.

Donovan played for the national team for 14 years and has 57 goals, tying him with another Team USA great, Clint Dempsey. Donovan further explained that “the problem with our team in this tournament was, while we created some chances through other guys, we didn’t make enough chances where a striker would be impactful.”

Tim Weah, the son of a former Liberian International Soccer player and current president of Liberia, George Weah, is a star in the making. He plays for Lille, a French Professional Club, and has played internationally for the USA U15, U17, U20, and U23 before moving to the international team. He scored a goal against Wales and was brilliant defensively.

The team has other dominant players that help them make some noise before the next World Cup: Christian Pulisic, Weston McKennie, Tyler Adams, Yunus Musah, Brendan Aaronson, Sergiño Dest, and Gio Reyna. These players play professionally in European clubs.

“USA fought and proved themselves, and they will come back stronger and better in the next tournament because of their resiliency and determination to continue proving themselves in soccer (football),” Maggie Edet.

The Netherlands advanced to reach the quarterfinals of the 2022 #FIFAWorldCup after its star player Denzel Dumfries scored a goal and had two assists to help the team. Argentina took care of business against Australia 2-1 and has a date with the Netherlands on Friday, Dec 9. It will be both clubs’ sixth times meeting in the World Cup, and Argentina won a penalty kick during the 2014 World Cup after going scoreless in regulation to advance.

USA’s Haji Wright entered the match at the 67-minute mark and immediately made a few impacts, even scoring for the USA at the 76-minute mark to cut the lead to 2-1.

It restored faith that Team USA still had enough gas left in the tank for the drive, but in the 81 minutes, Denver Dumfries scored to extend the lead to 3-1 for the Netherlands. And that was the Match!

“The Team USA young players in 2022 put in a lot of effort to get to the last 16. The future ahead of them is promising, and most likely, a high percentage of this team will play in 2026. Then they should be able to get to the quarterfinals and even beyond,” Deba Uwadiae, publisher of the New Americans Magazine.