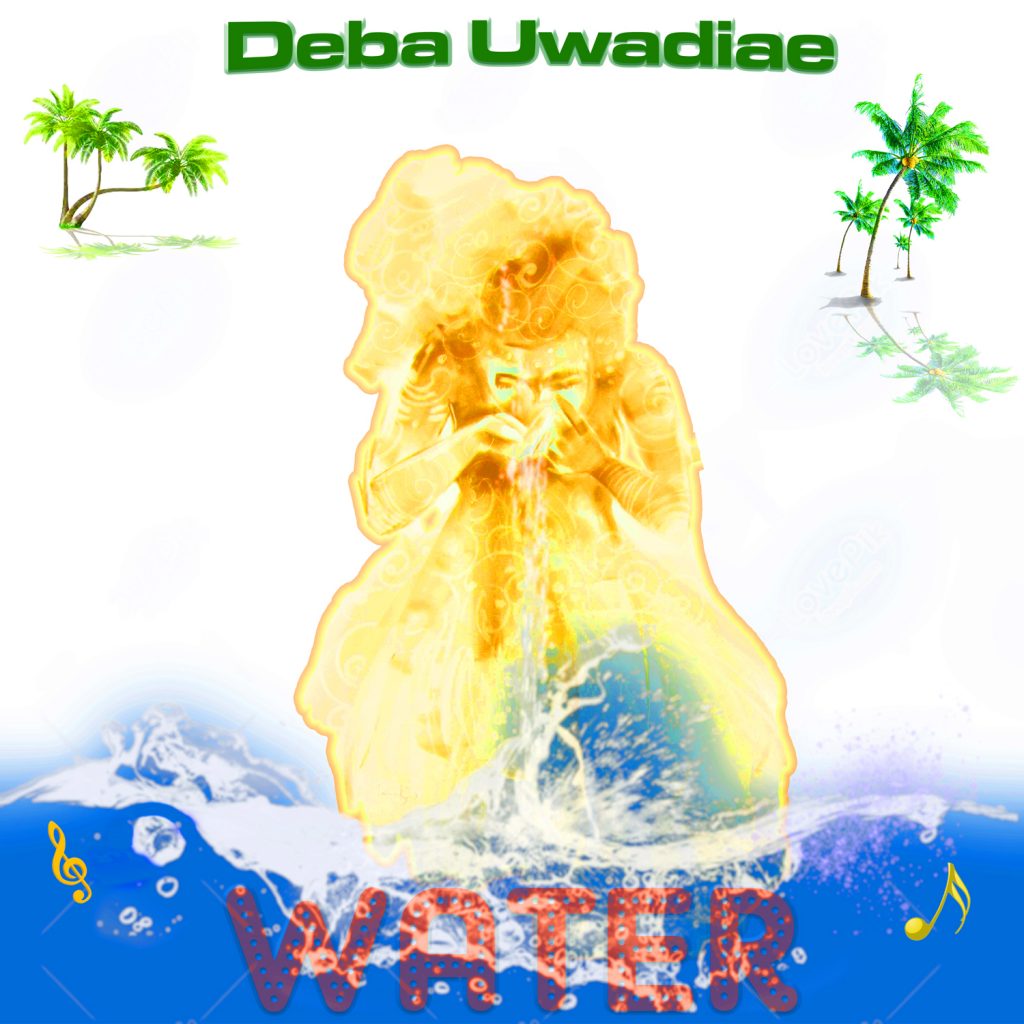 This is coming after the release of an album, “Hallelujah Amen” and three singles, Ojomiloju, Mogberi and Imela.

In Water, Deba Uwadiae employed the richness of Afro beat and Nigeria’s popular English language in a “tell a story lyric format” to produce an easily relatable song.

Produced by Columbus-based Theo Odiifo, the song began with the drums accompanied with saxophone with a delivery of the first line that “The water wey you go drink no go pass you.”

Reacting to the song, Nigeria’s Czar of the entertainment journalist, Tosin Ajirire said “Your own water can never pass you. Nice music. Listened to it again and again. Enjoyed the Afrobeat feel and, most especially, the saxophone riffs.”

Veteran television journalist, Chris Ngwu said “I like the tell a story lyric format. The background rhythm from the instruments would have added more value had they been more pronounced behind the vocals, in my opinion. Not equaling or overshadowing the vocals. Towards the end of the track when the instruments had a brief up-sounding, the overall rhythm became enlivened. Altogether, a good run. I look forward to more.”

The single can be accessed on all digital platforms including Pandora, Spotify, iTunes, Amazon Music, Tik Tok, Media Net and YouTube Music, including YouTube video.

Deba Uwadiae is also the publisher of the New Americans magazine and author of “Coming to America: Early Life in America and Citizenship”. He oversees activities at the New American Community Information Center in Columbus, Ohio.