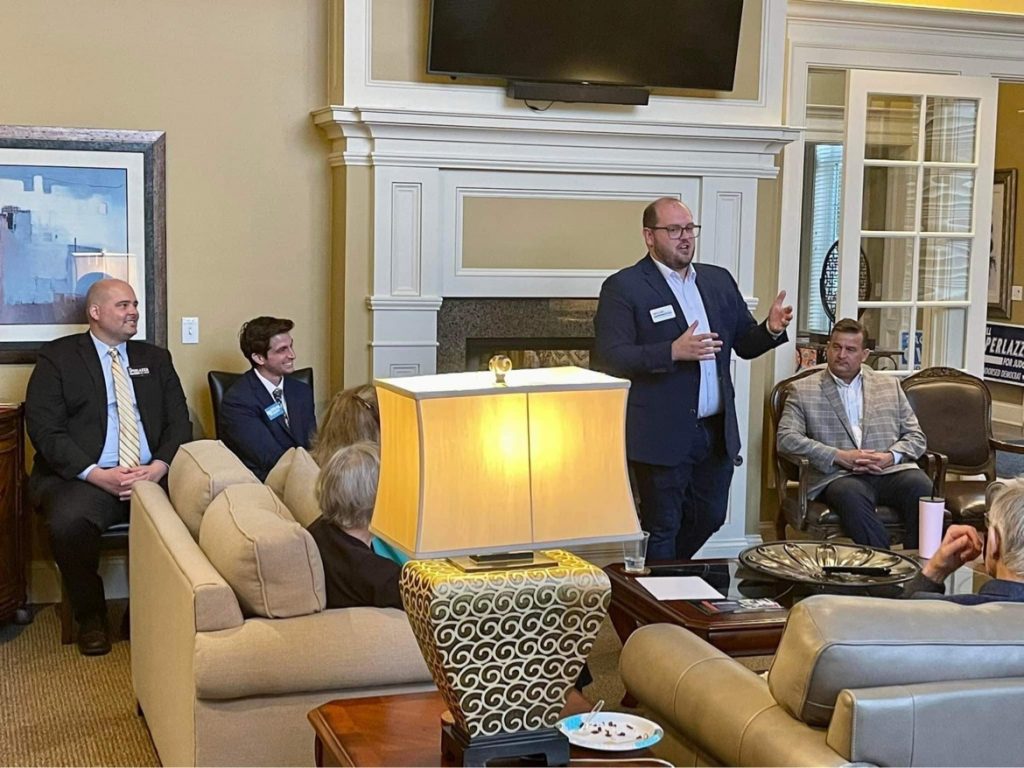 Whether you were a U.S. citizen or not, poor or rich, whether you could vote or not, or where you lived, people could not stop talking about the election of President Obama, Trump, and Biden; it simply took over every T.V. screen globally.

These three administrations have opened a space where some have had uncomfortable conversations with one another regarding politics. It has ripped some families apart, increased voting percentage on both sides of the aisle, and utterly changed one political party’s 360-degree angle.

“These days, foreign born Immigrants are educating themselves on U.S. politics long before they get here because that’s what democracy should be about having the option to vote for the best candidate. You have the freedom to express yourself and be who you are. You have the freedom to do whatever you want as long as it is with the law, and for that to work, you have to have democracy,” Deborah Carvalho, a Kenyan-American Voter, said.

Deborah Carvalho emigrated to the U.S. in 2002 from Kenya with her family. The country had tension and riot during the 2002 Kenyan General Election between Mwai Kibaki and Uhuru Kenyaatta.

It is always presidential elections that dominate the media during election season; however, Carvalho wants to remind New Americans that finding out who’s running in local elections impacts them directly. At the Tremont Club in Dublin, Ohio, Carvalho attended Meet and Greets for Taylor Sappington, candidate for State Auditor, and Scott Schertzer, candidate for State Treasurer.

“When you are living in the U.S., you have this opportunity to engage in democracy, especially voting or caring for what is happening in the local city, county, and state election,” she said. Ultimately, it affects you and your family. For example, the recent Columbus Teacher strike did affect immigrant and refugee students. That’s why voting for who sits on that school board table is vital.

Some countries only have a one-party system or multiple, but due to corruption, it may result in the same person’s ruling a nation for thirty years. Federal elected officials have served more than 30 years in the U.S State. Sheila Jackson Lee, out of Texas 18th Congressional district, has served since 1995, and Charles Ernest Grassley, U.S Senator out of Iowa, has served since 1981, to name a few. Some have said it is an abuse of power to stay for that long.

The election of so many new American refugees and immigrants indicates that when we took the oath to defend democracy, we also wanted to be a part of the change. And over the years, numerous scholars have graduated abroad and returned to their home country to run for office.

Those who remain abroad are finding success in running for elected offices here in the States. So, the impact that the U.S democracy is having on all refugees and immigrants leads us to believe that we do have a voice.

“Even if you are not yet a citizen, you still have a voice because your child is attending nearby schools, visiting the hospitals, and using the resources provided in the city where you live. So, caring for who is running for local elections matters,” Carvalho said.

During an interview with New Americans Magazine, Taylor Sappington discussed growing up in a rural community and what those lessons taught him about fighting for everyone, as we have more in common than we think.

The State Auditor audits all of Ohio’s public offices, cities, and counties. So, voting for the person in charge is vital because auditors must ensure that the organization’s financial statement and tax payments align with government and industry regulations. Taylor Sappington is the Democratic Nominee running against Republican incumbent Keith Faber in the November General Election.

Sappington served as a council member in the city of Nelsonville, Ohio, before he was elected the city auditor in 2019. On the state level, Sappington lost in the general election for Ohio House of Representative D-94 on November 6, 2018.

And when asked what changed between then and now, “we are running a worker-first campaign, speaking for the labor workers, specifically across the state,” Sappington said.

Sappington’s campaign slogan says to balance the books and catches the crook just like he did when he first became the city auditor. Two months after taking office, Sappington stated that his team discovered a $400,000 earning scheme and turned those findings to the prosecution office, which led to the arrest of responsible individuals getting indicted and eventually jail time in restitution.

“My story is not a recent immigrant or coming to America in the last 10 or 20 years or maybe even more recently. It’s a different struggle, but the fact is that we’re on the same side of the street because corruption in Ohio does exist. We can no longer allow that to happen,” Taylor Sappington, Candidate, Ohio Auditor of State, said.

“In some of these rural communities, especially one that I grew up in, some people experience not having adequate water and electricity and experiencing homelessness. Individuals growing up in those areas may not have emigrated to America in recent decades, but they understand some of the daily struggles the new American community does face. We’ve displaced communities in rural Ohio; they have more in common in this fight than we realize,” Sappington said.

“One thing I can take away from living in Nelsonville is that although we may not have a new American community presence. I realize that we are not on different sides of this fight. The best approach is to stick together, fight for ourselves, and go against those that do not have our best interests.”

“Nelsonville is primarily a republican city, having voted for President Trump twice. However, my experience of bringing the community together is one of the reasons why I am in this race regardless of which party I belong to,” Sappington said.

“I want my races twice by saying that we all deserve better. Frankly, we deserve better, and I will fight for better and deliver in ways that people in the office previously didn’t do.

As Ohioans, we don’t have to accept OK anymore. We don’t have to say that this is just good enough because we can do better than what we’ve got”, Sappington said.